Ford shares increased by almost 140% last year, which was enough to beat the competitors like Tesla and General Motors. According to these results, the Ford company had the best performing stock in 2021. Many competitors applied similar techniques to conquer the market, but only Ford succeeded to make a significant advantage and win over the competition.

Many Ford investors wanted to see Jim Farley as the main person in front of the company, and they managed to bring this auto veteran into the business. This was a significant move in the company’s success. Farley replaced the Ford outsider Jim Hackett.

In many situations, Farley promised that the company will be more open to investors and opportunities that come with building electric vehicles. He emphasizes the Ford+ restructuring plan that has much importance in the production of the new F-150 Lightning pickup.

In January 2021, he mentioned that every business in the company’s portfolio should have a sustainable future. If this is not possible, the managers will reconstruct the plan and make it more sustainable. 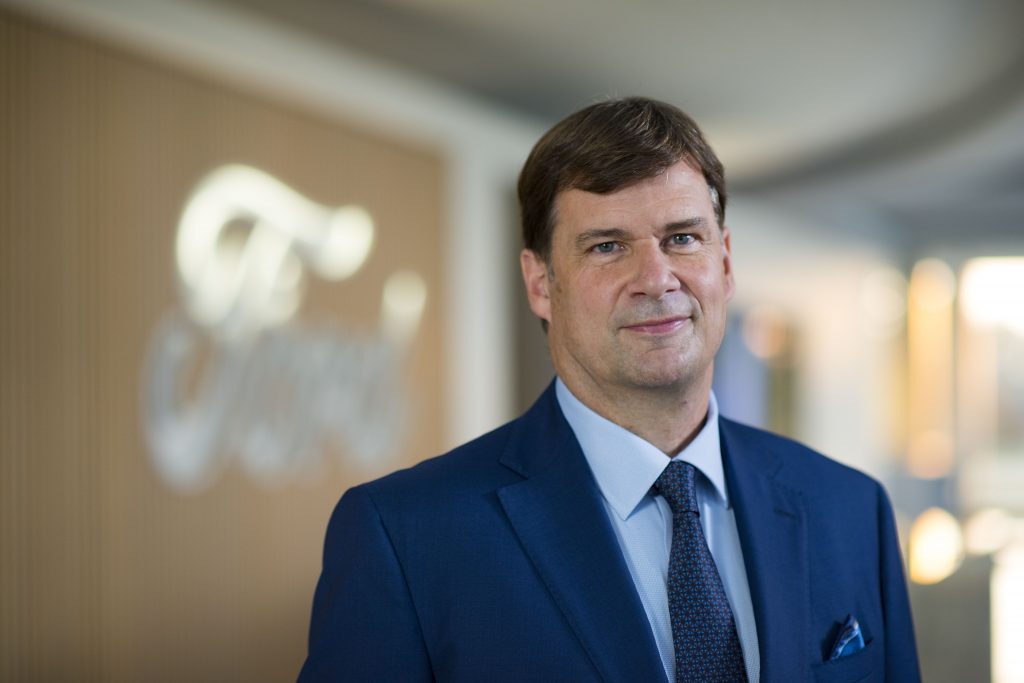 Some of the analysts said that 2021 was the most important year for Ford and its vehicles since the financial crisis. This effect of the success had implications on the Ford stock dividend that made a significant rise in the recent months. Many investors see the Ford company as a safe harbor for investment. For this reason, the investors want to make sure that their money is in safe hands and they invest in Ford shares.

On December 10, 2021, the single-day share increase was enormous when Farley mentioned on Twitter that Ford would increase the production of Mustang Mach-E to more than 200,000 units per year. This increase in production will be possible in Europe and North America by 2023.

Farley also mentioned that the company stopped reservations of the new F-150 Lightning after they hit 200,000 vehicles. This was the day when shares increased by 9.6% and the main price of the share was a 20-year record high of $21.45 for one share. This was a historical increase of the share value for the company that changes the target each year.

As we welcome the new year’s wishes and perspectives, we can notice that Ford stock price and Tesla stock price play a competitive game every day.

Ford shares moved higher on January 3, 2022, and it was the day when many companies with exposure to electric vehicles gained success in the share market.

Tesla stock value increased as the company reported the fourth-quarter deliveries that exceeded the expectations of the Wall Street market. Tesla delivered more than 308,600 vehicles during the Q4 delivery, and it was far above Wall Street’s expected delivery of 263,000 vehicles. Of course, we speak about the electric vehicles that have electric motors.

You may wonder what these details have to do with Ford. There is a big correlation between Tesla and Ford, and it lies in the demand for electric vehicles. When Tesla performs well, Ford tries to give its best to be close to the competitors. In this light, we have the upcoming electric F-150 Lightning pickup that will be the main vehicle from the Ford company.

It is left to see how good the sales of this vehicle will be in 2022. If the details from the last year speak for themselves, we will have a successful year for both Ford and Tesla. However, Ford will try to perform better and the company will invest all the potential to be the leader in the market. When we consider everything, we expect this year to be one of the best years for the Ford company and its investors.

Christy Gren
Christy Gren is an Industry Specialist Reporter at Industry Leaders Magazine she enjoys writing about Unicorns, Silicon Valley, Startups, Business Leaders and Innovators. Her articles provide an insight about the Power Players in the field of Technology, Auto, Manufacturing, and F&B.
« OPEC+ Agrees on Oil Output Hike Next Month
An A to Z List of Companies Owned by Alphabet Inc. »
Leave a Comment
Close