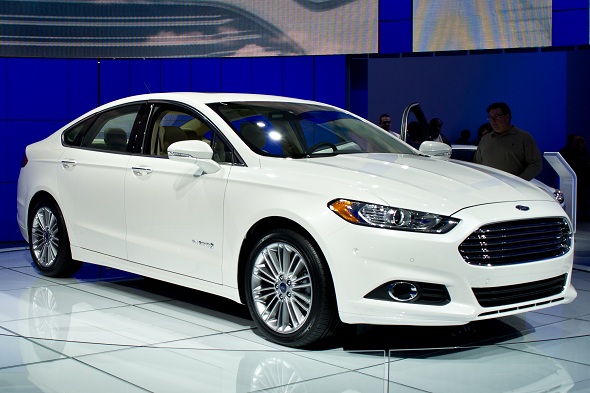 Ford Motor Co. announced on Wednesday that it plans to present another hybrid gasoline-electric car in late 2018 to go up against the top of the line Toyota Prius, said two sources familiar with the company’s plans.

It is speculated to be Ford’s first dedicated hybrid, a vehicle intended to be marketed solely as a hybrid, instead of a variety of a current fuel model, for example, the automaker’s Fusion crossover, the sources said. The manufacturing of the hybrid gasoline-electric car will be done outside Detroit.

The sources said Ford in the end could offer a few diverse body styles of the new hybrid, as Toyota offers with the Prius. There would also be distinctive renditions of the auto’s fuel-electric drivetrain, including a more lavish module display that might be recharged from an electrical outlet.

The new Ford hybrid is speculated to arrive in as a 2019 model, around 21 years after the release of the first Prius in Japan. Toyota is also planning to reveal its fourth-gen Prius late one year from now, the sources said.

Ford plans to assemble the new hybrid at its Wayne assembly plant in southeastern Michigan, at a yearly rate of around 120,000, the sources said. Some of the technologies found in hybrid including electric engines, controllers and batteries, will be adapted from Ford’s present hybrid models, despite the fact that the 2019 model is required to give preferred mileage and go over today’s hybrid cars.

Sources said, the 2019 model, which conveys the inner code C240, will be based on Ford’s new C2 worldwide reduced structural planning, which additionally will underpin the cutting edge Focus and Escape.

Ford like other automotive giants, has been investing aggressively in hybrids innovation to meet progressively stringent emissions and efficiency standards in North America, Europe and Asia. The bad news is that consumers demand for hybrids hasn’t verged on industry’s projections for sales.