Ford passes Tesla in market cap after over a year

Ford’ market value has surpassed that of Tesla by about $900 million. The 116-year-old automaker on Friday afternoon soared beyond Elon Musk’s electric car maker’s market capitalization for the first time since April 2017.

Ford confirmed on Thursday that its shares rallied close to 11% after its earnings report. This is contrary to Tesla’s shares which declined by 5% on Friday to mark a total decline of 30% in 2019. Tesla stock was confirmed to have been dragged lower in the second half of the week after its first-quarter earnings report on Wednesday. At the close of Friday’s trading, Ford’s market cap was $41.5 billion, as against Tesla’s market cap which on Friday afternoon was below the $40-billion mark.

Tesla became the largest automaker in the U.S. by market cap in April 2017 after rising above Ford and General Motors (GM) and the electric car maker made great headlines after achieving such an unprecedented feat. However, there has been some level of concerns for Tesla following a slump in EV demand, mostly in the U.S, and Tesla’s declining cash on its balance sheet. In the first quarter of this year, Tesla declined by $1.5 billion after paying off debt and investing heavily in Model 3. 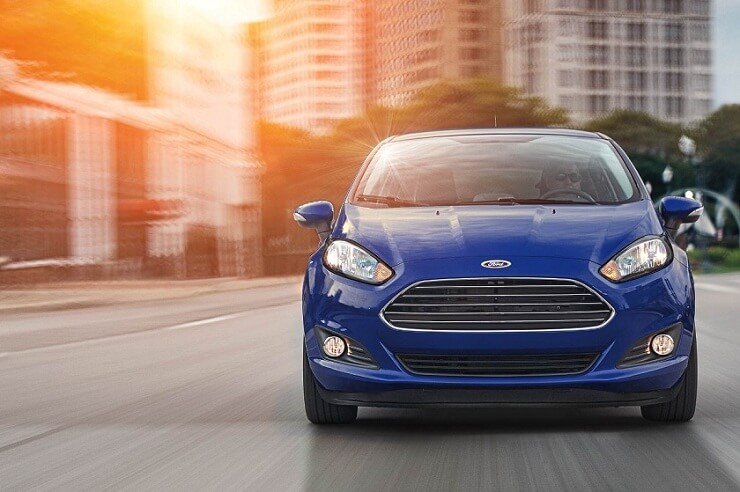 GM has since taken the market-cap crown back from Tesla, and with its stock market value at $56 billion, GM has remained the largest of the three.

Earlier on Wednesday, Ford announced its investment of $500 million in electric car startup Rivian to produce battery-powered trucks. The outgoing CFO of Ford, Bob Shanks, described the partnership as a “win-win” situation for both companies. “The ship is starting to turn after a lot of work on the fitness of the business, rethinking the product portfolio, working on a number of alliances,” said Shanks.

Tesla’s new CFO, Zachary Kirkhorn, described the first quarter as “one of the most complicated quarters that I can think of in the history of the company and it was ambitious even by Tesla’s standards,” after the company’s earnings call on Wednesday. Kirkhorn encouraged investors to brace up for another likely loss in the second quarter.  However, he gave hope that Tesla would return to profitability in the second half of the year.

The situation surrounding Tesla may not suggest that the company is ready to turn things around quickly enough. Equity Analyst Daniel Ives of Wedbush Securities predicts that Tesla may likely raise about $3 billion this year. And unlike the time past, Musk did not rule out raising more capital this year.

Also, Ives recently revealed that raising capital will put Tesla shares under pressure in the short term, as the current shareholders observe their stock value reduce in a new equity offering. However, on a longer term, new investors could emerge as a result of a stronger balance sheet to cut down the tension.

Anna Domanska
Anna Domanska is an Industry Leaders Magazine author possessing wide-range of knowledge for Business News. She is an avid reader and writer of Business and CEO Magazines and a rigorous follower of Business Leaders.
« Airbnb to enter into the video streaming space
Ball secures two VPPAs for 100% renewable energy in North America »
Leave a Comment
Close