Ford has announced that its Mustang Mach-E SUV will come with intelligent range technology that will accurately tell you how much more mileage you can get before the battery runs out. Range anxiety or the fear of running out of juice is a major barrier against greater acceptance of electric vehicles in the United States.

The intelligent range tech will tackle this fear “about when and where customers can recharge” by being able to “accurately estimate how much range the all-electric SUV has (remaining)”.

The intelligent software will gather data from other Mustang Mach-Es that have traveled the same route, weather forecasts, and the driver’s past driving behavior to come up with an accurate range figure. “Electric vehicle customers need to be able to trust their range estimates,” Ford’s global director for electric vehicles Darren Palmer said. 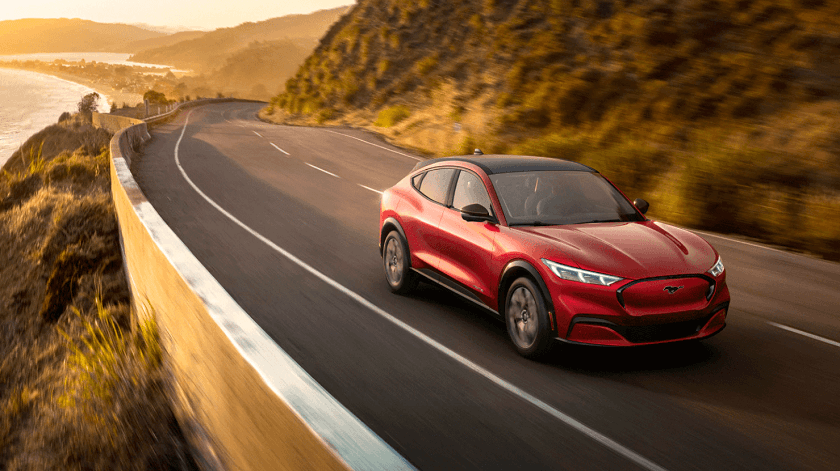 “People want to be confident they’re going to make it where they need to go, whether they’re on a road trip or coming home from work.”

The smart range tech will also adjust and factor in changes in road conditions to show the estimated time shift and range compared to what is shown at the start of a trip. Electric cars are very prone to the slightest change in their energy usage. A higher AC usage can affect its range, including change in terrain which the intelligent tech is capable of factoring in now.

The tech is primed to be upscaled and updated with the release of new software, including real-time traffic conditions, terrain and other inputs that will see future improvements for further accuracy in range calculations.

As an extra precaution, the automaker’s Roadside Assistance program will provide a free tow to the closest charging station, their home or an EV-certified Ford dealer within 35 miles. If none of these options re available, the tow truck will take the driver to the desired destination free of charge.

Ford unveiled its Mustang Mach-E SUV in November of last year, ahead of the LA Auto show. The new Mustang is a leap forward from the earlier electric economy versions that Ford was selling.

The push for a more up-market aspirational model has come from the new CEO, James Hacett, who took over Ford in 2017. According to him, the electric cars coming-out of the Ford stable, which seemed to be just meeting the Federal fuel norms, would be entirely lost in the competition from Tesla, General Motors and others out there.

Ford said in its press statement that its strategy is to play to its strength by adding electric powertrains to its best-selling vehicles, including the Mustang, F-150 pickup, and its lineup of SUVs and commercial vans.

Ford revealed earlier that it is committed to investing more than $1.1 billion in the production of electric vehicles and will roll out 16 fully electric cars within five years.

The 5-seater Mach-E SUV will go on sale in late 2020. It comes in a standard range (230 miles) on full battery option and an extended 300 miles range. Both will be available in rear-wheel-drive (RWD)and all-wheel drive (AWD) configurations. They will come with 255 horsepower, with the ability to go from 0 to 60 miles per hour in six or seven seconds.

The company plans to come out with two more high-performance GT versions in 2021. To solve the charging issues that most customers are concerned about, Ford is offering: Free mobile charge cords that can work both 240 or 120-volt outlets.

Another option on offer is a fast-charging home station, which will be available on Amazon.