Ford Mustang GT Takes it to the Next Level

Ford Mustang GT, the 2018 version is the fastest Mustang till now. This special edition’s entrance into the market has got the drools from its fans everywhere. The V8 model is now coming under the Performance Pack Level 2 (PPL2). It is considered the fastest Mustang GT ever. Although the Shelby 350 GT seemed long haul ahead, Mustang GT strives to come as close to it as possible.

The new car in town, Ford Mustang GT is equipped with 5.0 litres V-8 which is now revised. The new version makes 460 horsepower and 420 lb-ft of torque. Carl Widmann, who is the chief engineer of Mustang states that the crank shift is the only carry-over piece from the current 5.0 litre. The newer version has the advanced fuel-delivery system which employs port and direct injection. The updated V8 version also revs higher than ever before. It takes around only 4 seconds for the engine to rev from 0 to 60mph when completely equipped. The current dual pipe unit has also been replaced with the quad pipe exhaust system.

Up, Up and Out

But what stands out is because in the older version the customers were given the option of either six-speed manual gearbox or a new 10-speed automatic. But the PPL2 comes with just a three-pedal configuration.  The distinguishing features of PPL2 are its front splitter as well as a reworked rear spoiler to balance the down force. The shape is inspired from the late Boss 302 Laguna Seca. But for this version they did not require added support. The Mustang GT with PPL2 has been shaped while keeping in mind the outline of the existing front dashboard but at the same time it also has made sure that it is able to clear speed bumps and driveway ramps. 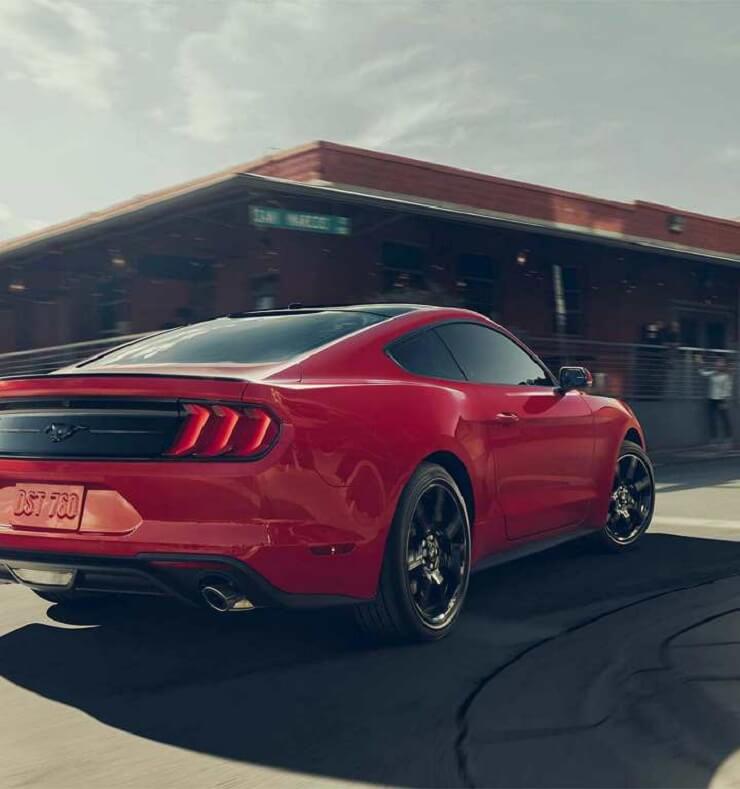 The shape of the car is inspired from the late Boss 302 Laguna Seca.

The company is allowing Performance package buyers to not go for the big trunk-mounted picnic table. Those opting for the PPL2 package will also be provided with a Michelin Pilot Sport 4S tires. There is also an additional driving mode which is called the Drag Strip. This mode will limit the engine torque which gets used up between shifts of the Performance package cars that are equipped with 10-speed automatic gearbox. During the manual mode it mechanically shifts to launch control. The Drag Strip is also helpful in transferring the weight evenly. There are no major changes in the exterior looks, apart from the rear fascia, trunk and the hood which have been slightly retouched. Overall, the car looks quite modern and yet has that classy Mustang touch to it.

From the inside, the upgrades are quite noticeable. There are the upper door panels with a soft-touch, padded knee bolsters and a heated steering wheel (which is optional). The car also comes with a digital cluster of 12-inch which is something new in this new version of Mustang GT. The reason for its mention is because it offers three viewing modes, namely the Normal, Track and Sport. 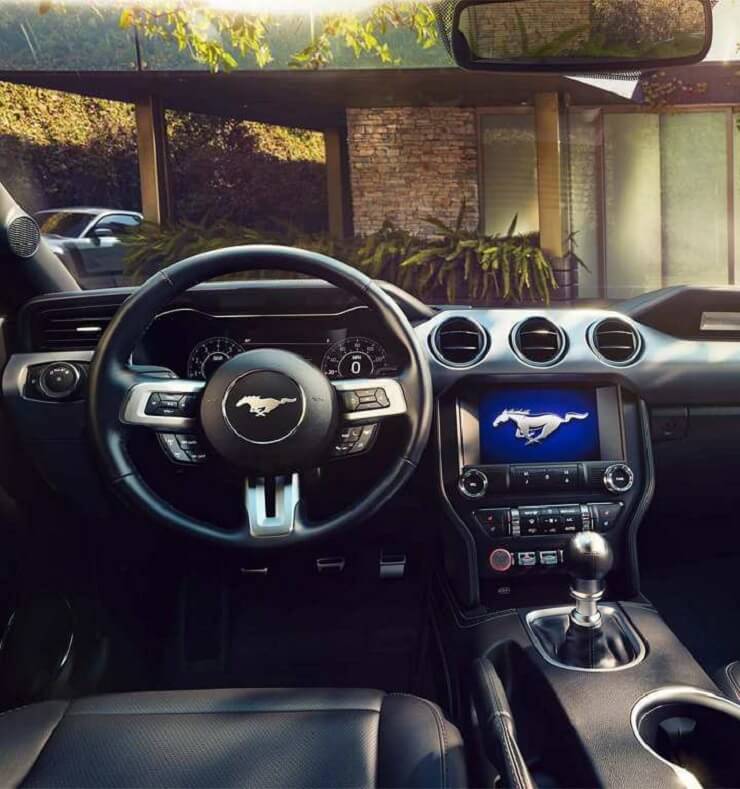 The car also comes with a digital cluster of 12-inch which is something new in this new version of Mustang GT.

Moving on to its final and most important feature, the new Ford Mustang GT incorporates the most recent automated safety technology. The pre-collision system detects pedestrians as well as lane-keeping assist and lane-departure warning. With all that the Ford Mustang GT 2018 version is serving on a golden platter, this car is sure to zoom its way into the hearts of the people.