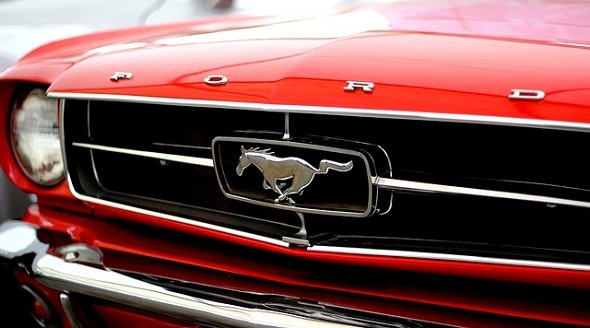 Ford Motor is introducing a Peer-2-Peer program, which will cut Ford Credit customers’ vehicle costs by enabling them to rent their cars. You might feel awkward to rent your car to a stranger. But, if you are offered money in exchange for that, then you might give it a thought to get a thick cut out of the deal.

Ford Motor is now officially the first manufacturer in the UK, which allows customers to rent their vehicles to other drivers by paying an amount for the vehicle through Ford finance package.

The company has merged with easyCar Club, and now allows car owners to rent their vehicle via online registration. To further its concept, the company has introduced the pilot program called Peer-2-Peer car sharing. The merge invites about 26,000 selected Ford Motor Credit Co. customers in six U.S. cities, and London in order to rent their cars to other drivers for a short-term use.

Getaround – a San Francisco based startup will examine the software that the U.S. invitees will use to rent their vehicle. According to David McClelland, Ford Credit’s vice president of marketing asserted that Ford owners in the US can get their vehicle registered with Getaround. After that, they’ll decide, when the car owners want to make their vehicle available to a lender, and how much they wish to charge on it.

McClelland said that car owners will get monthly income based on their rentals, with Getaround absorbing 40 per cent of amount to cover insurance and administration costs – a motivation for sign ups. He added that once, their program gets successful, the company aims to make its services available on a worldwide platform.

He added that this new merge is very realistic and helpful for car owners as their cars mostly remain unused all day long. Further, he explained that this collaboration will be helping customers to earn a little amount of money by renting their vehicle to those drivers, who wish to use it on regular basis.

The car-sharing pilot is the latest facet of a plan, which Ford CEO Mark Fields earlier introduced in January called Ford Smart Mobility. The program was aimed to improve mobility, autonomous vehicles, connectivity, and customer experience. The new program is being tested by Ford with 12,000 of its London-based credit customers, and the deadline date to sign up for membership for six-month pilot is till August. The pilot program includes late-model of Ford-brand vehicles starting with 2005 year‘s car model.

Drivers’ identities and records will be checked and apart from two speeding convictions, along with this, violation of driving rules will be strictly prohibited. Driver having any non-monitoring criminal convictions, or at least two criminal records in the past three years, will be turned away from this scheme.

Morgan Young of easyCar said that the rent cost will vary according to car, length of rental, and location, but there are a few cars that will be made available for at least £20 a day.