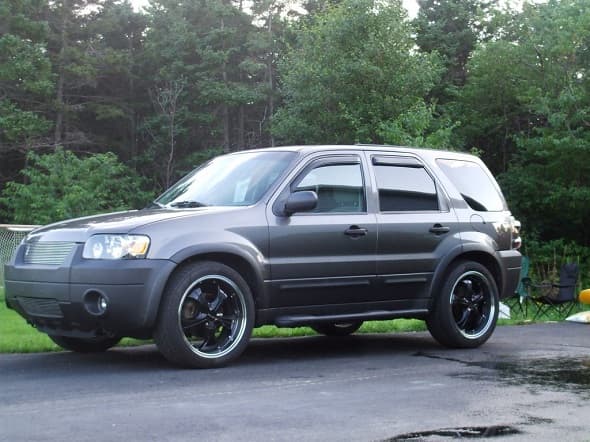 Ford Motor Co. has issued a safety recall for about 74,000 older Ford Escape and Mercury Mariner Hybrids for problems with a motor electronics coolant pump that may overheat and cause the vehicles to stall. The affected models are Escapes from 2005-8 model years and Mariners from 2006-8, the automakers said in a report posted on the website of the National Highway Traffic Administration on Friday.

The automaker started investigating the issue in April in the wake of getting warranty claims and complaints from owners, a Ford representative, Kelli Felker, wrote in an email. In December 2008, Ford had sent a technical service bulletin to dealers, letting them know how to test for issues with the motor electronics pump if an owner claimed of “reduced power as the system activates fail-safe operation.”

Under government regulations, once an automaker is aware of any safety issue it must inform N.H.T.S.A in five business days of its plan for a safety recall or face a civil fine.

The safety agency has gotten more than 50 complaints (some of them dating back to 2011) from Escape and Mariner owners about sudden stalling, sometimes at Interstate speeds, with most of the mechanics blaming the motor electronics pump.

“I was traveling through New York City Route 95 during rush hour, bumper-to-bumper traffic,” one Escape owner wrote in 2011. “The car for no apparent reason displayed the ‘Stop Safely Now’ message and the engine died. By some miracle, the Jersey barriers blocking the breakdown lane opened up for about 100 feet and I was able to pull over. Had the breakdown lane not been available there would have been a multiple car crash with potential deaths. This car is unsafe to drive because you have no idea when the engine will shut down.”

Ford said it is not yet aware of any accidents or injuries related to the issue. A similar safety recall was issued by Cummins, the automakers which makes diesel engines and some diesel engine components.

Toyota Motor this week issued a safety recall for 130,000 of its 2014 Tundra CrewMax cab and Double Cab trucks.

U.S. auto manufacturers have recalled about 46 million vehicles in 2014 alone, which is more than at any figure in the past, and well over the yearly review record of 30.8 million vehicles set in 2004.

Anna Domanska
Anna Domanska is an Industry Leaders Magazine author possessing wide-range of knowledge for Business News. She is an avid reader and writer of Business and CEO Magazines and a rigorous follower of Business Leaders.
« Sharp along with Qualcomm aims to mass produce next-gen displays in 2017
MSU Researchers Develop Next-Gen Transparent Solar Panels »
Leave a Comment
Close

: Visa is committed to perform better in the field of open banking sector by combining its networks and Tink’s modern technologies.
10 hours ago

Investment in IoTecha is linked with BP’s intention to produce over 70,000 public EV charging points globally by 2030
11 hours ago