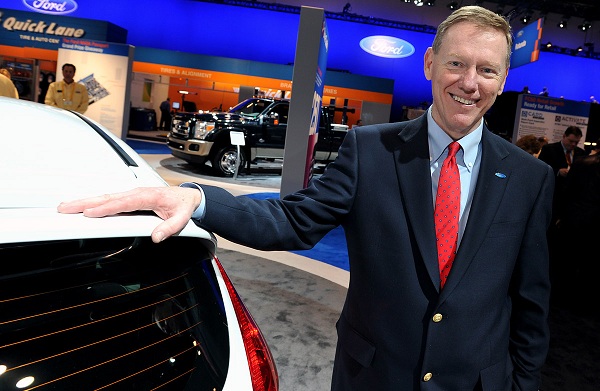 According to the reports, Ford Motor Co. has forecasted a slip down in their operating profit for the year 2012 as the automobile maker is expecting a loss amounting to of over 644 million pounds or 1 billion dollars in Europe. This forecast has been made by the company on the basis of the hurting sales in the continent due to the deepening crisis of its economy.

The new full year outlook for the continent of Europe released on Wednesday was in line with the estimates of the analysts; but it was almost double the earlier forecast of the second ranked auto maker based in US of a loss ranging between 500 million dollars to 600 million dollars. Alan Mulally, the Chief Executive Officer of the company, was looking into all the aspects of the business of the company in Europe, but he did not discuss the chances of a closure of the plant in Europe. According to him and some of the other executives, costs should decline in Europe because of the fact that Ford has lost 1,125 dollars on each vehicle that had shipped to the dealers in the second quarter there.

The opinions and the status of the company:

Mulally in a statement said that they are assuming it to be a structural issue and not a cyclic issue. In his response to a call regarding their earnings on the second quarter, he also stated that it is not going to be back very fast. The company is relying on their operations in North America and their finance arm, Ford Motor Credit, to return a profit in the second quarter. The company has however trimmed their forecast on the industry wide sales of US vehicles in this year. According to Ford the heavy losses in Europe along with a prominently lower rate of profit in South America designates the fact that the earnings in the year 2012would rather fall than remain unchanged from the year 2011 as was expected by the company previously. Some of the analysts have warned that the sales of the automobiles could further deteriorate in Europe that accounted for a little bit more than a quarter of the revenue of Ford the previous year.

The concerns that have risen over Europe have hit the shares of Ford quite badly. The stocks of Ford dropped down by 1% to as low as 8.92 dollars on Wednesday in the New York Stock Exchange. This is the lowest price that has been recorded by Ford since December in the year 2009. That was the year when Ford reported a profit for the first time after it lost nearly 30 billion dollars over three consecutive years that ended in the year 2008. The loss in Europe for Ford accounted for nearly its entire red link outside of North America in the second quarter. The company has suffered a loss of about 404 million dollars in Europe and 66 million dollars in Asia, while it made a profit of 5 million dollars in South America.