Ford announced that its CEO Jim Hackett will step down and will be replaced by Jim Farley the COO. Analysts say the move was inevitable seeing Ford's performance in recent years.

Ford‘s CEO Jim Hackett has stepped down from his position as head of the motor company. He will be replaced by Jim Farley, who is currently Ford’s chief operating officer. He will replace Hackett as president and CEO effective October 1, 2020.

Hackett was the CEO for three years. The present year has been brutal for the auto industry. The Pandemic has crashed all sales for the year and the downstream supply chain has been hit too with China in the center of the Pandemic and later getting embroiled in trade and tariff wars with the world. 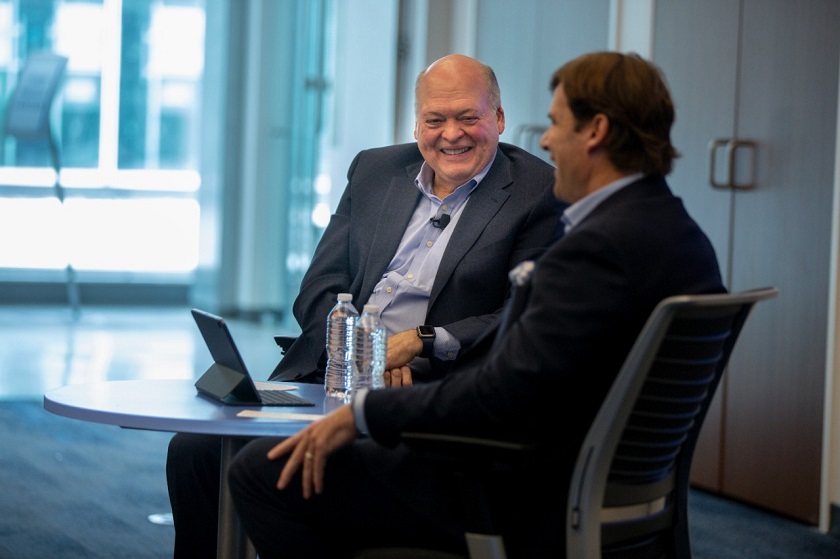 Ford stock has lost about 15% a year on average since Hackett took over in mid-May 2017. “The upper echelon of Ford leadership has struggled to find stable footing for some time,” writes Jessica Caldwell, executive director of insights at Edmunds. “Wall Street has shown its lack of confidence as the stock has languished for years under Hackett’s leadership, “ she added, reports Barrons.

Under him, Ford turned its attention from passenger cars to trucks and SUVs such as the Ford Bronco 2021, Mustang Mach E, while abandoning the production of Fiesta, Taurus and Fusion. The company also focused on electric vehicles and autonomous driving with full-fledged connectivity. It entered into a partnership with Rivian for EVs and Volkswagen for autonomous driving technology.

Hackett has been credited with streamlining operations and even undertook an $11 billion restructuring program. Even before the Pandemic, the industry was facing some tough competition with new-age motor companies like Tesla, Apple, Baidu, and some smaller start-ups.

But the going was tough for the 67-year-old Hackett and Ford both. Compared to General Motors, its latest quarter earnings reported half of its profits.

Hackett issued a statement on his retirement: “My goal when I took on the CEO role was to prepare Ford to win in the future. The hardest thing for a proud, long-lived company to do is a change to meet the challenges of the world it’s entering rather than the world it has known. I’m very proud of how far we have come in creating a modern Ford, and I am very optimistic about the future.”

Ford put out a statement about Hackett’s contribution to the company. ”I am very grateful to Jim Hackett for all he has done to modernize Ford and prepare us to compete and win in the future,” said Bill Ford, Ford’s executive chairman. “Our new product vision – led by the Mustang Mach-E, new F-150, and Bronco family – is taking shape. We now have compelling plans for electric and autonomous vehicles, as well as full vehicle connectivity. And we are becoming much more nimble, which was apparent when we quickly mobilized to make life-saving equipment at the outset of the pandemic.”

Jim Farley has expressed his anticipation and how he was eagerly looking forward to working in his new position.

Farley has been with Ford since 2007, where he joined after leaving Toyota. He went on to lead Lincoln, Ford South America, and Ford of Europe before taking on all of Ford’s global markets.

“Jim [Farley] is a car guy through and through,” Ford Executive Chairman Bill Ford said during a call. “He can be found on weekends, often at racetracks, racing his vintage cars, and it’s his joy.”

Analysts say the move is not surprising. Farley was already the COO and was in charge of overseeing software platforms, artificial intelligence, automation, and new methods to integrate technology within the company.

Hackett will stay on in an advisory role through March 2021.

Christy Gren
Christy Gren is an Industry Specialist Reporter at Industry Leaders Magazine she enjoys writing about Unicorns, Silicon Valley, Startups, Business Leaders and Innovators. Her articles provide an insight about the Power Players in the field of Technology, Auto, Manufacturing, and F&B.
« Kodak involved in SEC investigations of insider trading and breach of policy
Capital One fined $80 million for breach that exposed 100 million accounts »
Leave a Comment
Close