Earlier in January at CES, American automaker Ford Motor Company announced that it would offer Apple CarPlay and Android Auto on all its 2017 models equipped with the Sync 3 infotainment system. But now the automaker is expanding its SYNC 3 connectivity platform allowing compatibility of Apple and Android in-car software platform to its entire 2017 U.S. vehicle lineup. Most of its models, including the Escape, Explorer, Fusion, and Mustang, are already available with the system, but now the company is planning g to include all cars, SUVs, light trucks and electrified vehicles to its connectivity platform. And others like the F-150, Focus, Edge and the 2017 Super Duty heavy truck will also be equipped with the Sync 3 when it launches later this year. 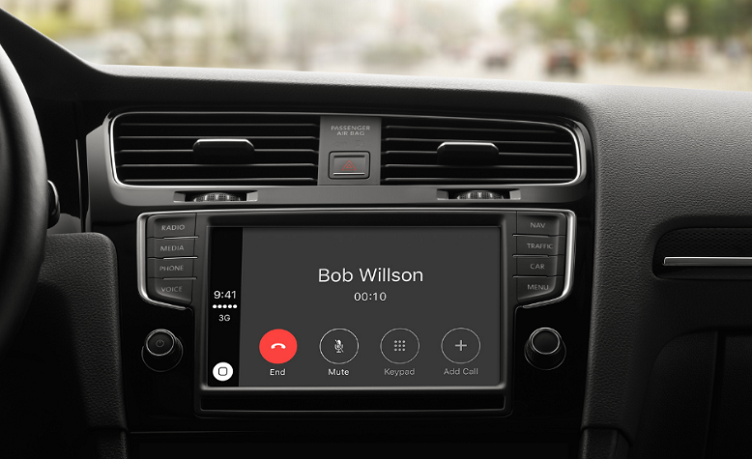 The infotainment system enables users to connect to the mobile internet as well as Android and iPhones. The system is consolidated with Apple CarPlay and Android Auto to deliver an array of apps and in-car and remote control features to drivers. The automaker delivers over-the-air updates to the system.

Sync 3 was introduced on a few 2016 models as a replacement for the Sync with MyFord Touch system. Advancements like streamlined menus, a more responsive touchscreen, and voice commands put the company in the forefront when it came to infotainment systems. Apple CarPlay and Android Auto will enable Sync 3 more to be more competitive with other automakers’ systems, many of which already offer the features.

Android software platform is available on devices with Android 5.0 and higher and similarly delivers messaging Google Maps, calendar integration, music and phone functions using the touchscreen or the Ok Google through the voice button.

Apple’s in-car software platform, which is compatible with iPhone 5 and later models brings Maps, Phone, Messages, Music, Podcasts, and a number of third-party apps, such as Spotify, to the vehicle. It can be controlled with Siri and the car’s built-in controls for convenient access to common iPhone features. The platform was extensively launched in the second half of 2015, and the rollout has extended to multiple carmakers this year, including Dodge, Chrysler, Jeep, BMW, Hyundai, and Kia.

In addition to the Apple and Android software platform, Ford Motor Co. continues to offer its own app suite, known as the SyncAppLink. It already includes apps like Pandora, Spotify, and AccuWeather, but the automaker wants to allure developers to build more. Recently the company launched a free emulator that allows replicating how Sync 3 will run an app using their own computers.

According to Ford Motor Company, there are more than 15 million Sync-equipped vehicles on the road across the world currently and expects that number to grow to 43 million by 2020.