Ford board is ready for Mulally’s retirement; Fields a probable successor

According to a person familiar with company’s plans, Ford Motor Co.’s directors are to promote Mark Fields to chief operating officer. The promotion would make Mark Fields a probable successor to CEO Alan Mulally who is said to retire at the end of 2013, at least that is the Ford’s CEO succession plan. Yet the Mark Fields’ promotion will be voted this month or next month. Certainly Mark Fields’ nomination will place him in line to take over from Alan Mulally, aged 67.  As it has been stated by analysts, simply moving him to the No. 2 position in Ford Motor Co. would be a signal that he is next in the line.

Mark Fields has been working for the car maker for 23 years. He is said to have been responsible for helping lead transformation of Ford Motor Co.’s North American operations from a record losses four years ago to records profits in 2012. And as such the promotion of Mark Fields would be a natural move; however the company did mention neither his name nor the name of current CEO Alan Mulally in a statement published on Tuesday. Yet the statement included the information on a possible executive succession at Ford Motor Co. 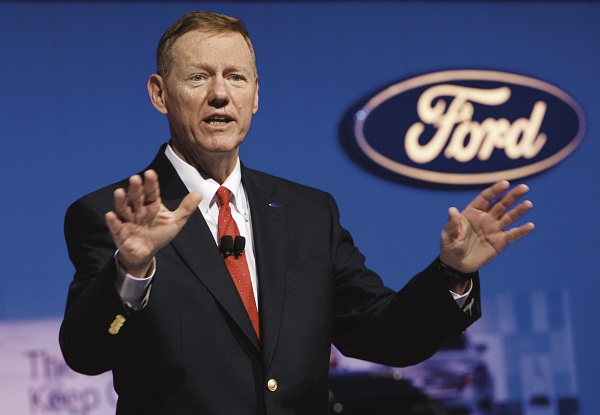 Joe Hinrichs and Jim Farley are said to possibly replace Mark Fields in the Americas. Both of them are said also to be taken into consideration while finding a person who will succeed Alan Mulally. Joe Hinrichs, 45, is chief of Ford’s Asian operation. In addition, Jim Farley is global marketing chief at Ford Motor Co.

A spokesman for Ford Motor Co. decline to comment on the information regarding the possible retirement of the company’s CEO Alan Mulally. As it was stated by him, the car maker did not speculate on personnel decisions. Alan Mulally, however, is expected to retire by the end of 2013 and experts anticipate that Mark Field will be his successor.

Alan Mulally joined Ford Motor Co. in 2006 after working for Boeing Co., the world-known airplane producer. He is believed to be the one who saved Ford Motor Co. from bankruptcy. He had a $23 billion loan and a plan ”One Ford” which was aimed at unifying disconnected businesses units and cutting company’s costs.

Anna Domanska
Anna Domanska is an Industry Leaders Magazine author possessing wide-range of knowledge for Business News. She is an avid reader and writer of Business and CEO Magazines and a rigorous follower of Business Leaders.
« Rise in Cost-Cut Budget Prompts Philips to Axe Jobs
Burberry Struggles with Sales as Growth Slows »
Leave a Comment
Close