Ford bets on North America as it increases production 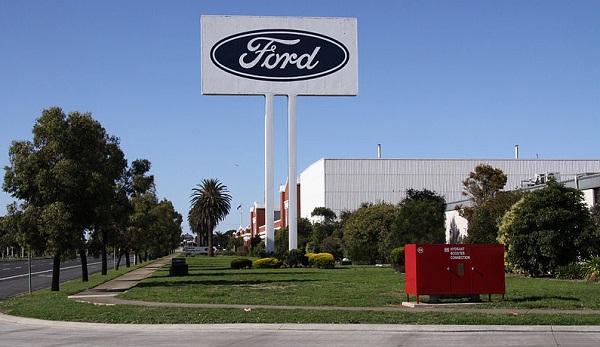 Ford Motor Co. is having its good days and it simply wants to take advantage of growing demand for cars in North America. Thus the US-based automaker informed that it decided to increase production at its car plants located in North America, thereby cutting the summer shutdown.  Its overall plans are aimed at boosting manufacturing capacity by ambitious 200,000 vehicles annually in 2013. The increased production is expected to even help the company gain a bigger share in the US market.

Interestingly, Ford Motor Co., which is the US second largest carmaker, informed that it decided to add a week of production at its 20 car plants which usually do not work in the two-week period known as “summer shutdown”. According to the statement released on the 22nd of May, the iconic carmaker wants to boost its manufacturing capacity by 200,000 vehicles in the ongoing year, while the aforementioned move is estimated to increase it by around 40,000 units of capacity. Furthermore, Ford Motor Co. aims to accelerate production at other factories as it wants to take full advantage of the improved market conditions.

Indeed, the estimates of Ford Motor Co. showed that the implementation of the aforementioned changes would help it meet needs of the improved market. The company does not only want to keep its improved US market share of around 16 percent it recorded in April, but it aims to even win a bigger piece of the profitable cake.

The announced increase in manufacturing output is an affirmation of the improved conditions in the US market. Interestingly, also in 2012, the US-based carmaker decided to reduce its so-called “summer shutdown.” Jim Tetreault, vice president in charge of North America manufacturing, underlined in the released statement: “There’s a lot of pent-up demand, particularly in trucks, as the age of the fleet is as old as it’s ever been in North America,” indicating that this pushed the company to take the step to increase production capacity.

Undeniably, the recent plans of Ford Motor Co. are inextricably connected to increased demand for cars in the US, especially demand for pickup trucks.  As it was mentioned above, the company indeed reposes hope in the need for changing the old fleet of cars.

It seems that positive results – the company recorded a 13 percent jump in its sales for the first four months of the year – were one of the main drivers of the recent audacious moves announced by Ford Motor Co. Thus not only the company decided to reduce its “summer shutdown”, but it had also informed that it would add new jobs at its car plant located in Kansas City.

Apparently, after experiencing lean times, Ford Motor Co. has after all seen a gleam of hope. It wants to take advantage of propitious conditions and simply get bigger and stronger. Also estimates of LMC Automotive install optimism in the market as its findings show that carmakers are expected to manufacture staggering 15.9 million vehicles in North America in 2013, compared to modest 8.5 units made in 2009.

Aubrey Chang
Aubrey Chang, Associate Editor Industry Leaders Magazine (www.industryleadersmagazine.com)
« 5 Most Expensive Paintings in the World – Scream if you want
Bad days are gathering over China’s manufacturing in May »
Leave a Comment
Close