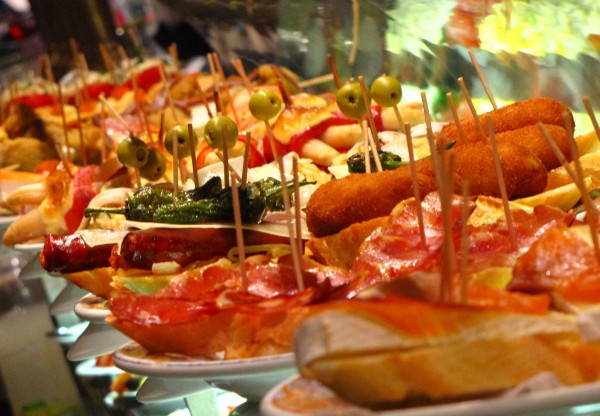 The new year is less than a month away. That means predictions, educated guesses, punditry on what is to come for the next 12 months regarding the food and beverage industry, and all other industries for that matter. Here’s what Industry Leaders points out as some of the “to watch” food and beverage trends for 2012:

The food and beverage industry better go healthy, because healthy food and drink is projected to be a big trend for 2012. This can include gluten-free and food allergy-conscious items. Also be on the lookout for whole grains, a wider range of salads, selection in portion size (a predicted 2012 food trend on this aspect are children’s mini-meals, or smaller versions of adult meals), and low-sodium options. All of those are expected to grow in popularity as well. On the beverage end, look out for more juice bars. An industry leader on this end is Starbucks, which purchased juice maker Evolution Fresh about a month ago.

So Are Smaller Portions

Especially as Americans get more health-conscious and portion-conscious, industry leaders in the food and beverage industry ought to be catering to the 2012 food trend of smaller portions. Whether it’s those children’s meals as previously mentioned, or smaller desserts, or even extra large dishes that are meant to be shared, diners are paying attention to these types of things. Something that’s on the rise on this angle is the appetizer. Whether you call them tapas or small plates, appetizers are going to keep growing strong for several reasons. Chefs like them because appetizers allow them to experiment with new recipes and ingredients without committing to a full-scale meal. Diners like them because they are smaller, cheaper, and can be shared much more easily.

Other Food & Beverage Industry Trends for 2012

Niche Hyperlocal Cuisines – Copenhagen’s Noma paved the way for restaurants to cook food that was truly local, both biologically and culturally. In America, Husk and the Willows Inn have followed its example in the U.S., to great success. But there is still far more room to go in this direction — we’ve already heard whispers of Welsh and Danish restaurants that use hyperlocal ingredients and recipes to revivify moribund cuisines.

24/7 Breakfast – Customers want what they want when they want it—and for many, what they want is breakfast. Restaurants are happy to oblige, since breakfast food ingredients are typically cheaper than other meals. Some are serving breakfast menus all day long; others are reinterpreting breakfast foods for dinner with items like sandwiches made of waffles, egg dishes, or French toast bread puddings.

Twists to Familiar Favorites – One overwhelming trend that will continue into 2012 is that yearning for familiarity. Consumers battered by the economy want comfort food. But that doesn’t mean plain old mac-and-cheese. Americans are eager to try new tastes, as long as it’s couched in something they know. So, smart chefs are putting new twists on old formats, like pizzas, wraps and sandwiches, or using exotic ingredients in familiar foods (tomato ice cream, anyone?).

Christy Gren
Christy Gren is an Industry Specialist Reporter at Industry Leaders Magazine she enjoys writing about Unicorns, Silicon Valley, Startups, Business Leaders and Innovators. Her articles provide an insight about the Power Players in the field of Technology, Auto, Manufacturing, and F&B.
« Eurozone Crisis: Has it Been Averted?
Drug Shortages 2011: Can the Global Market Fix This? »
Leave a Comment
Close

Another $15 billion in bailout funds is being considered for the hard-pressed U.S. airline industry by the US Congress, bringing a much-need...
19 hours ago

Volvo Cars will stop producing gas and diesel cars over the next 9 years, replacing the fleet with all-electric cars. ...
3 days ago

The addition or deletion of stocks to stock market indexes can lead to havoc in the trading world. There is speculation about the GameStop s...
3 days ago