Flat-Pack This. Ikea unfolds its potential in China and Israel. 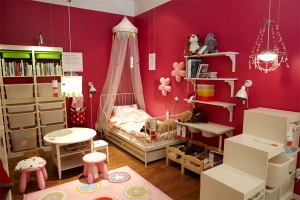 “affordable solutions for better living”? Seems like that’s what the Chinese have been waiting for!

The Swedish furniture retailer, IKEA, a brand that has become immensely popular globally as a result of its functional-yet-stylish designs, saw an almost 8% rise in sales last year, driven by surging sales in China.

With the introduction of IKEA’s revolutionary Flat-Pack solutions in China, group net profits for the company increased by 6.1% to €2.7bn (£2.3bn) over the 12 months to August 31, compared with the previous year. Sales rose by 7.7% to €23.1bn.

Now boasting eight stores across China, Mikael Ohlsson, chief executive of the Swedish retailer, has said that IKEA will further expand in China at the rate of one or two stores a year. “The potential in China is enormous but there is no rush,” he said in a statement.

Resonant of its success in China, IKEA Israel, announced a 40% increase in 2010 sales from NIS 496 million in 2009 to NIS 678 million, with furniture sales accounting for 65% of the total and sales of accessories for the rest.

In a statement, IKEA Israel CEO Shlomi Gabbai said, “The growth in sales in 2010 was in all areas of activity, most prominently in kitchens and dining rooms with 56% growth. Mattress sales rose 53%, sales at the children’s department rose 48%, and textiles sales rose 50%. Sales by the business department, which specializes in sales to businesses, and has been operating for four years, also rose 10% in 2010, compared with 2009.” 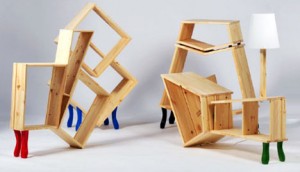 Having started off in Sweden, expanding to the regions of Western Europe, America, Australia and recently to China, Russia, Portugal and the Middle East, IKEA has a total of 280 stores in 26 countries. A recent report revealed that almost 10% of the money spent on furniture globally now goes to Ikea, and that a third of us buy something from the chain every year. And if that’s not mind-boggling enough, its popularity across Europe is estimated to be so high that one in 10 babies is estimated to being conceived in an IKEA bed!

Around 79% of IKEA sales still come from Europe, 15% from America and 6% from Asia and Australia.

Referring to the company’s results for the year to last August, Mr Ohlsson, said: “Full year 2010 was a good year financially for us – sales grew despite tough market conditions in many countries. Profits give us the resources to grow and reach more people on existing and new markets as well as lowering prices.” He said that the main part of the company’s profit was “re-invested in existing and 12 new stores” in order to become “even more inspiring and accessible”.

“In times like this, even more people appreciate value for money in terms of good design and functional home furnishing products at affordable prices and we are committed to continuing that journey,” he said.

As of 2021, over 150 million US workers identified themselves as self-employed. This means that they are responsible for their own retirement plans. Employees of big firms tend to
6 hours ago

Just shy of her 40th birthday, Vera Wang struggled to find a bridal gown that suited her taste. Her father pointed out her struggles for what they really were – a remarkable busi
6 hours ago

In the memo obtained by Geekwire, Nadella writes that he is aware of how much their talent is in demand. He appreciated their efforts in keeping the company running and thanked hi
12 hours ago