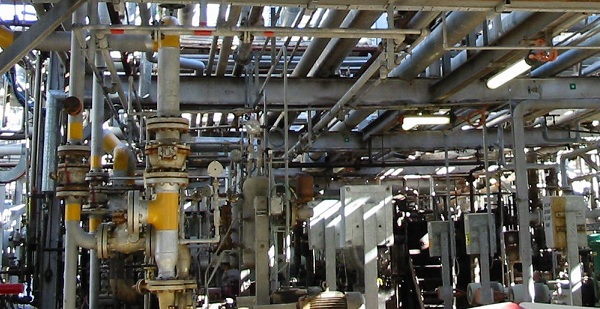 A flash fire which occurred late on Tuesday not only managed to cause considerable amount of damage to property but was also responsible for injuring three contractors caught within the radius of its effect. The episode took place at the BP refinery in Whiting, Indiana, the production rate of which is around 337,000 barrels per day. Sources have confirmed that the flash fire at BP Refinery did not have any sort of impact on the other refinery operations located in what is without a doubt one of the biggest refineries in the Midwest.

Impact of the Fire

People who are in-the-know about the operations going on at BP refinery have claimed that during the time when the fire began to ignite, the three contractors in question were involved in getting some work done on a hydrotreater. This piece of equipment happens to be one of the many units going through several stages of planned work at this point in time. Reps associated with BP did not wish to provide any comment on the nature of the work but issued a statement saying that the three contractors, who had suffered serious injuries, had been admitted to a hospital and their physical condition was much more stable now. Scott Dean, the spokesman at BP Refinery, revealed that while one of the contractors had sustained extensive inhalation of smoke, the other two had come in direct contact with the fire and had suffered from burns as a result.

IIR Energy, the industry intelligence organization, have made the claim that any kind of work involving the 105,000 bpd hydrotreater has been put in a state of temporary suspension following the sudden incident with the fire. However, BP Refinery operations are still on schedule to be fully completed by the end of the month of September or the beginning of October.

According to the Whiting Fire Department, response crews affiliated with BP Refinery who were present on the spot were able to deal with the fire efficiently without any help from outside. The cash gasoline and diesel markets in Chicago did not pay much heed to reports about the fire due to the fact that the hydrotreater was closed off from work by then. Traders stated that the bump of half a cent in CBOB gasoline differentials was the result of the cycle change on Wednesday and the rate of diesel had dropped by a penny per gallon.

The coker in the BP refinery had been damaged by fire just the previous month and began commencing operations since last week. The coker, as indicated by IIR Energy, would function at half capacity until the middle or end of September while the company makes the necessary repairs to the coker drum. Planned repairs also started over the weekend on an isomerization cell along with the hydrotreater. Further repairs were slated to start on a 75,000 bpd sour crude unit this Thursday. IIR said that a large scale overhaul of a 260,000 bpd crude unit, covering a period of three months, was expected to begin in November which would be the biggest at the plant.