Ferrari has shown off its new hybrid supercar codenamed F173. The new supercar will be powered by a twin-turbocharged 3.9-liter V8 engine, in combination with three electric motors.

LaFerrari: The Most Expensive Car of the Century for a Noble Cause

The long wait will soon be over, as the all-new Ferrari hybrid will finally be unveiled for all to see. This all-encompassing supercar (codenamed F173) will premiere in less than 24 hours and the wait has been quite a patient one. The hype has been magnifying. In anticipation of the upcoming F173 hybrid supercar, Ferrari recently released a teaser video currently circulating on various social media platforms to generate more buzz as the official unveiling hour approaches.

The F173 hybrid supercar teaser video is coming immediately after Ferrari showed off an image previewing the vehicle’s rear end. The video clip displayed good views of the exotic supercar from different angles and very significant is the car’s front end design. The headlights look radically different from other Ferrari models. 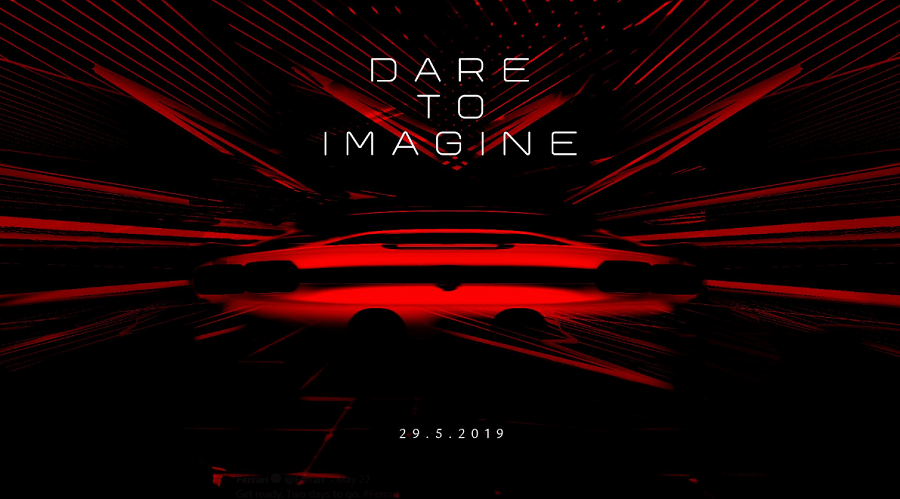 Revealed in the video also is the interior of the Supercar which is very similar to the F8 Tributo layout. The bird’s eye view of the vehicle’s fascia was also briefly teased. As displayed, its pointed nose and aggressive body creases running over the hood. The new Ferrari has a retro look, having dual central tailpipes and quad rectangular taillights. Some have said this shape reminds them of the Chevy Corvette C4.

Almost there. One day to go. #Ferrari pic.twitter.com/MuVjw9q685

Although the very few details revealed in the short video teaser does not tell the complete story, it looks very much possible that the F173 hybrid supercar will be in a class of its own among other Ferraris when it comes to design. An important aspect to highlight is the fact that the new Supercar isn’t in any way a replacement for the 488 which has already been succeeded by the F8 Tributo.

The F173 hybrid supercar will be powered by a twin-turbocharged 3.9-liter V8 engine, in combination with three electric motors, according to an internal source familiar with the vehicle’s design. Two of these electric motors will drive the front wheels while the other will be integrated into the transmission where it will manifest through the rear. The vehicle is expected to pump out a total of 986 HP, and its speed can go to 100 km/h in a minimum of 2.0 seconds.

Aside from the information above, other details remain unknown. The new Ferrari’s cost, designed colors, limited numbers or not, are all secrets for now. However, we are all keen to have more details this Thursday when Ferrari uncovers the supercar.

Anna Domanska
Anna Domanska is an Industry Leaders Magazine author possessing wide-range of knowledge for Business News. She is an avid reader and writer of Business and CEO Magazines and a rigorous follower of Business Leaders.
« MacKenzie Bezos Signs The Giving Pledge and Pledges to give Half Her $35 Billion Fortune
Uber loses $1 billion in 1st Quarter, plans to cut incentives »
Leave a Comment
Close