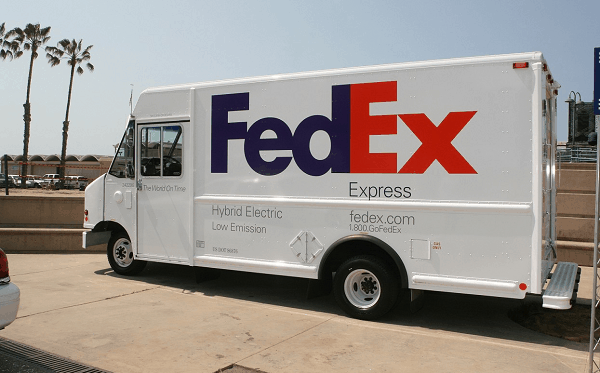 FedEx Corp.’s shares dropped roughly 3 percent in after-market trading as the company, which is the world’s largest express parcel service by revenue, informed about cutting outlooks on earnings for its just-completed first quarter. The earnings forecasts have been cut by FedEx, citing “weakness in the global economy.” The company projected its first decline in three years after the sluggish economy has hurt demand for express packages.

FedEx results and the cut in forecast

The company has informed in the statement: “Earnings during the quarter were lower than originally forecast, as weakness in the global economy constrained revenue growth at FedEx Express more than expected in the earlier guidance.” The statement, which was made after the New York market close on Tuesday, 4th of September, caused a 3.1 percent drop in FedEx Corp.’s shares, to $84.80. Consequently, shares in UPS, the biggest FedEx’s competitor, were down 2 percent to $72.21. As it is stated in the FedEx’s new forecast, the company could earn 1.37 per share in its fiscal first quarter, which is down from its original forecast of $1.45 to $1.60.

FedEx Corp. is scheduled to release its full first quarter results on 18th of September.

FedEx Corp. in June reported its full year earnings, however even then company sounded pessimistic while announcing its fourth-quarter results, for the three month to May 31. The company informed then that it was seeking ways of cutting costs. FedEx Corp. has also highlighted that the sluggish economy, eurozone crisis and a slowdown in Asia, might hurt results for the present day.

FedEx Corp. and its biggest competitor, UPS, are said to be barometers for world economic health because of their role in facilitating goods movements worldwide. A pessimistic and lower outlook for the shipping company, FedEx, is considered a discouraging symptom of a weak recovery of economy.

Apparently sluggish economy in Europe and the slowdown in Asia have showed a weakness of FedEx’s business, which is based on customers willing to pay for speed delivery. The company, however, did give no details on area’s weakness, which had a negative impact on the FedEx first quarter results. Yet most international companies have noted the biggest slowdown in demand in Europe. FedEx has 10 percent share in the European express parcel market, just behind the market leader, DHL, and TNT Express, which is to be purchased by UPS.

Decisions to be made by FedEx

According to Arthur Hatfield, an analyst with Raymond James in Memphis, Tennessee, the economy has to get better. He has added that companies are not willing to spend money until they get some clarity on where policies are heading.

One thing is undeniable. FedEx plans to restructure the company. As it has been stated by analysts, the restructuring may remove from $200 million to $900 million in costs. That move would be more significant for the company in short or even medium terms than changes in earnings forecast, which have been recently made by FedEx. However the restructuring will neither be easy nor be cheap.