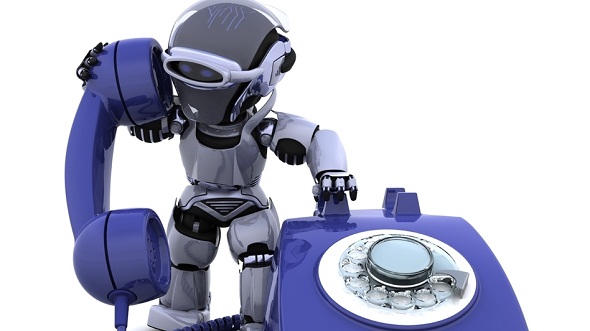 The FCC has affirmed consumers’ right to control the calls in response to the number of consumer complaints and nearly two dozen petitions filed, where they receive calls and made it clear that telephone companies can make use of robocall-blocking technology to help them.

The Federal Communication Commission has also regulated that customers have the right to revoke their agreement to receive robotexts and robocalling at any time.

FCC said that when a phone number gets reassigned, marketeers must stop calling the number after making a call. Moreover, people listed among the contacts of a particular consumer cannot be anticipated to give consent to receive robocalls from third-party applications that are downloaded by that consumer. The similar consent-based applies for texts as for voice calls, and Internet-to-phone text messages.

Free calls or text messages to alert customers to possible deception on their bank accounts or help them to remember important medication refills were among only a couple of exceptional cases to the FCC’s guidelines. It said that undesirable calls led to a large number of complaints received by the FCC, in 2014; where It registered more than 215,000 such complaints.

Recently, Twitter appealed on the FCC to decide that the individuals who call or text a wireless phone number for which consent was previously handed, should not be considered responsible, if that is no more the situation when it is reassigned. Twitter did not react to a solicitation to remark for this story.

Internet marketing consultant Brian Carter said that his hopes would be that robocalling wouldn’t be a part of any corporation’s communication strategy in 2015. Carted noted that the marketing world has moved towards opt-in communication. He said that if marketeers still violate people’s preferences to communicate with them, then they are at least 10 years behind the curve line of marketing dimensions. Marketeers’ job role as a company’s person is to reach people with relevant information in a well- manner, and at the time when people are invited to attend marketing events. In fact marketeers have many different options in that regards, incorporating social media and emails, as stated by Carter.

Denis Pombriant, managing principal with Beagle Research Group said that the FCC’s move is most likely the first salvo in a long fight. He said that the key component is to understand the customers’ needs, which will further make it easier for marketeers to deal with modern-machine learning technologies. He added further that he can easily anticipate a time, when customers’ profile will be filled with a great deal of customized information based on their likings and interest. He suggested that marketing business, thus, will leverage analytics to target only willing customers, while leaving others aside.

Pombriant said that by then, the robocall will stop to be an annoyance and the vendor will look more like a trusted consultant. The innovative technology is as of now starting to appear on the market.

Senior Vice President with Marchex – John Busby that offers what it calls “Clean Call” spam-blocking technology in its call analytics platform for businesses said that yet, while the FCC’s new rules offer a step forward towards the protection of consumers; they do little to secure businesses at the receiving end of such robocalls in the B2B world.

Busby said that for this year, Marchex estimates that robocalling has produced 100 million toll-free calls to businesses, costing them an estimated $1 billion in telephone charges and billions more in lost profitability. He clarified that let’s assume you work in a call center and you get interrupted for three or four minutes by an undesirable call – that costs a business real money.

Aon Plc and Willis Towers Watson have agreed to sell $3.6 billion worth of assets to rival Arthur J. Gallagher & Co. in a bid to appease European competition regulators over th
21 hours ago