Federal Appeals Court Rules That Google Books Is Not Infringement 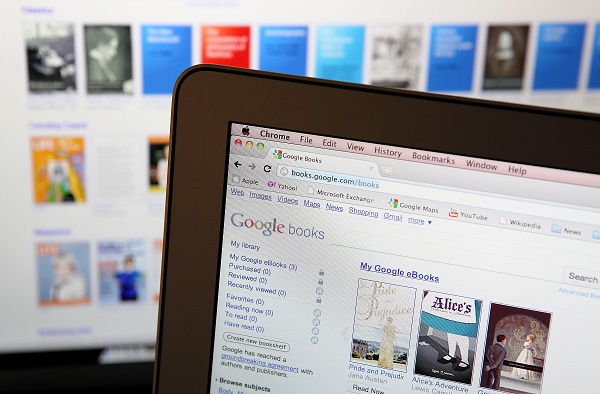 The Authors Guild argued that the Google Books programme and its Library Project would eat into their earnings potential by giving readers free access to the books.

Google’s colossal attempt to scan and catalogue millions of books does not violate copyright law, a US appeals court ruled in a decade-long dispute by authors concerned that the project would ruin the market for their work.

The 2nd U.S. Circuit Court of Appeals in New York rejected infringement claims from the plaintiffs led by the Authors Guild including several individual writers and leading publishers. The judge concluded that the short sections Google showed customers from its database was a transformative use of the information and hence did not violate copyright laws.

The Authors Guild argued that the Google Books programme and its Library Project would eat into their earnings potential by giving readers free access to the books. Writers included Jim Bouton, author of the best-seller Ball Four, Betty Miles, author of The Trouble with Thirteen, and Joseph Goulden, author of The Superlawyers: The Small and Powerful World of Great Washington Law Firms. The lawsuit was filed against Google in 2005; just a year after the project was launched.

In November 2013, Judge Denny Chin ruled that Google’s digitization of over 20 million books, mostly out-of-print titles, did not infringe copyrights because the company showed only snippets of the books in its database. Chin had said it would be rather difficult for anyone to read any of the books in their entirety by repeatedly entering different search requests.

However, the appeals panel did acknowledge that certain book sales would likely be lost if someone were merely searching for a portion of text to ascertain a fact.

The Mountain View, California-based Google has made digital copies of millions of books through agreements with major research libraries and established a publicly available search function. It planned to scan over 100 million books, including material from the New York Public Library, Library of Congress and many other major universities.

Google’s profit motivation does not justify denial of something that overall boosts public knowledge, the appeals court said. Universally accepted forms of fair use, such as news reporting and commentary, reviews of books, quotation in historical or analytic books as well as performances are usually done commercially for profit, the court added.

Previously, the Authors Guild had appealed the ruling at a lower court that also sided with Google, finding the digitization of books, even without the authors’ permission in compliance with copyright law.

Anna Domanska
Anna Domanska is an Industry Leaders Magazine author possessing wide-range of knowledge for Business News. She is an avid reader and writer of Business and CEO Magazines and a rigorous follower of Business Leaders.
« Chinese Economy Ducks Down as the Chinese Meltdown Hits a New Low!
Waze announces first major update since Google acquisition two years ago »
Leave a Comment
Close