Fed and State Gov. must do more to chart strong US solar future, MITEI report says 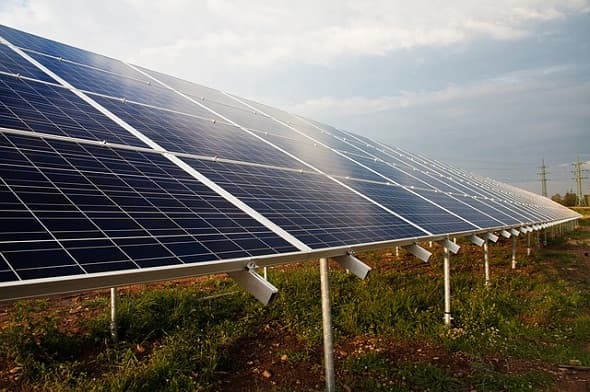 The study reviews the technical, commercial, and policy dimensions of the present day solar market.

Solar energy holds the best potential for meeting humanity’s expanding electricity demand, while also a crucial tool for tackling the global climate challenge. But a number of technical and more effective deployment policy are needed to realize this potential, says a comprehensive report, titled The Future of Solar Energy, released by the MIT Energy Initiative (MITEI).

MITEI Director Robert Armstrong, the Chevron Professor in Chemical Engineering at MIT said that the objective has been to gauge solar energy’s present and potential competitive position and to establish changes in U.S. government policies that could more competently support its large-scale deployment over the long term, which is absolutely necessary.

The study’s chair, which includes, Richard Schmalensee, Howard W. Johnson Professor of Economics and Management Emeritus at the MIT Sloan School of Management added that the focus now has to be shifted towards new technologies and policies that have the potential to make solar a riveting economic option.

The study reviews the technical, commercial, and policy dimensions of the present day solar market, outlining suggestions to policymakers regarding more effective federal and state support in terms of research, technology demonstration, solar deployment and development to ensure continual growth for the market.

With the solar sector speculated to grow as a major energy provider of the U.S. the report says that if solar energy is in the run to become a leading source of electricity by 2050, it will have to raise its 2013 level of production almost over 50 times.

The need of the hour is to prepare the electricity systems, both technically and from a regulatory perspective, for extensive deployment of solar generation, the study says. In order to fight the challenges presented by massive solar generation deployment, the study emphasizes the requirement for federal research and development support especially in regards to cheaper and large-scale electricity storage technology.

The MITEI also states that federal and state subsidy programs designed to fuel investment in solar systems should be reviewed and modified in order to enhance their cost-effectiveness, with greater emphasis on handing out incentives for the production of solar energy.

In addition, the study also recommends that state renewable portfolio measures, that are designed to boost electricity generation from renewable resources, be brought together under a united national programme that would help cut down the cost of reaching set mandates by giving way to unrestricted interstate trading of credits.

The study concludes by emphasizing the immediate need for a progressive and an ingenious approach to technology development, with development investment and federal research focused on new technologies and systems with the potential to deliver transformative system cost reductions.

Anna Domanska
Anna Domanska is an Industry Leaders Magazine author possessing wide-range of knowledge for Business News. She is an avid reader and writer of Business and CEO Magazines and a rigorous follower of Business Leaders.
« Facebook Opens Internet.org Platform To Developers Amid Growing Net Neutrality Concerns
Burger Chain Wendy’s to sell off 640 restaurants in US and Canada »
Leave a Comment
Close