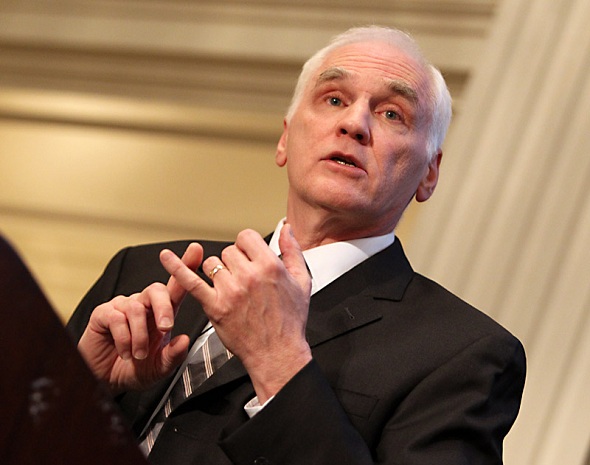 The Federal Reserve plans to hit the biggest U.S. banks with a tougher version of capital surcharge than that agreed by international regulators, so they remain less of a “too big to fail” risk to lead to a scenario similar to the eruption of financial crisis in 2008.

In a testimony at a Senate hearing on Tuesday, Federal Governor Daniel Tarullo gave prominence to several recommendations that regulatory officials are currently working on. Those entail imposing additional capital requirements for the eight financial institutions, including JPMorgan Chase, Citigroup and Bank of America, Goldman Sachs, Wells Fargo, Morgan Stanley, Bank of New York Mellon and State Street Bank, which surpass the levels sanctioned by international regulators. It would imply that banks would now have to set more cash reserves and raise more money in order to increase their security in events of unexpected financial losses.

Tarullo further elaborated to the Senate Banking Committee that the amount of “capital surcharges” would increase in proportion to how unsafe the regulators consider the bank to be.  This would help the reduce risk on themselves and become less risky to the system. The banks would receive an incentive to discard businesses and get compact or else they’d need to set aside more cash. As it turns out, after the financial crisis, a percentage of some of these banks have grown bigger, thus increasing a risk on both the parties.

Joseph Lynyak, a regulatory attorney at the firm Dorsey & Whitney, said the regulators are indicating that they “want these companies to shrink.” Big banks may reshape themselves and discard some of their businesses to honor the changes, Lynyak suggested.

Banking industry experts deem that the requirements could restrict access to loans for businesses as well as consumers, by reducing the amount some of these banks can lend. Some financial institutions already meet the stricter capital requirements being proposed, experts say.

Stricter capital necessities were authorized by Congress after the financial crisis which led to the worst economic meltdown since the Great Depression. Several banks received taxpayers bailouts during this period, including the eight banks that would be subject to capital prerequisites. These eight banks are considered too big and interconnected that they would lead to a domino effect and threaten the system if one of it collapses.

The Federal govt. is additionally looking for potential changes for banks when they utilize short-term funding markets to obtain funds from other banks. Tarullo, believes those changes could lessen the risk of reliance on those markets by banks and lead to any kind of financial emergency.