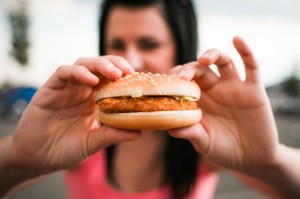 Food establishments will be required to distinctly display calorie information for standard items on menus and menu boards, next to the name or cost of the product.

Soon, consumers will no longer be able to ignore the number of calories in most of the foods they buy when they eat out.

In an effort to address obesity in America, the U.S. Food and Drug Administration (FDA) is set to publish new set of rules today that will require disclosing calorie counts on menus and menu boards at chain restaurants, supermarkets take-out counters, convenience stores, theaters, amusement parks with 20 or more outlets. These rules do not apply to independent restaurants.

The new rules are part of the 2010 Affordable Care Act and apply to large vending machine operators too. The vending machine rules take effect in two years and restaurant rules in a year. The new standards are set as consumers increasingly demand more information about foods and beverages.

Under the rules, other than calorie counts, nutritional information including total fat, calories from fat, saturated fat, trans fat, cholesterol, sodium, total carbohydrates, fibre, sugars and protein – must be made available in writing upon request.

Certain restaurant chains, including McDonald’s and Panera have disclosed the calorie counts for some time, but the new standards formalize the labeling for the whole industry. The new rule will not apply to seasonal items carried for less than 60 days.

A huge driver for the new rules is that people purchase so much prepared food. “Americans eat and drink about one-third of their calories away from home, and people today expect clear information about products they consume,” said FDA Commissioner Margaret Hamburg in a conference call with reporters.

The rules have been in the making for more than four years. However, there has been strong opposition from some theater chains, pizza chains and convenience store chains but the new rules have been strongly supported by the National Restaurant Association uniformity instead of state-by-state regulations, which drove many chains crazy.

“We believe that the Food and Drug Administration has positively addressed the areas of greatest concern with the proposed regulations and is providing the industry with the ability to implement the law in a way that will most benefit consumers,” said Dawn Sweeney, president of the National Restaurant Association, in a statement.

Food establishments will be required to distinctly display calorie information for standard items on menus and menu boards, next to the name or cost of the product. The rule also applies to specific alcoholic beverages being served in food establishments.

Salad bars will also require calorie counts as will individual but not the bulk items sold at deli counters. These rules do not apply to food trucks or food served on airplanes.