According to the FDA, 70,000+ patients had so far been treated with convalescent plasma. T

The Food and Drug Administration of the United States recently issued an emergency use authorization for convalescent plasma to treat Covid-19. It stated that the “known and potential benefits of the product outweigh the potential risks of the product.” According to the FDA, 70,000+ patients had so far been treated with convalescent plasma. The plasma is made using the blood of people who recovered from coronavirus infections.

“I am extremely pleased to make a truly historic announcement in our battle against the China virus that would save countless lives,” President Trump stated. “The new step will dramatically increase access to this treatment.” Earlier last week, President Trump accused health officials of playing politics regarding a EUA for the convalescent plasma. When enquired about FDA not having granted a EUA, Trump stated that the reason was political. Recently a source close to the White House Coronavirus Task Force stated that the FDA reviewed additional data to inform the EUA decision. The source also added that the FDA is under no obligation to consult anyone outside the agency. 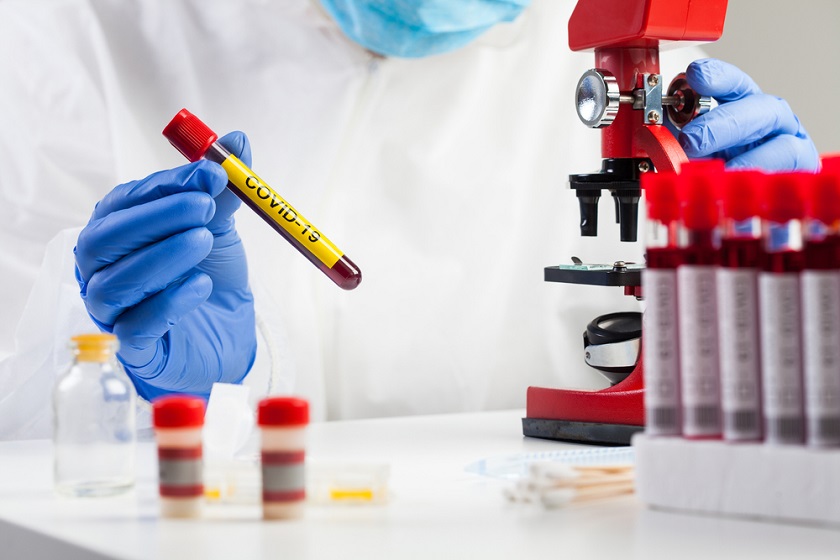 The plasma treatment has been used to treat more than 60,000 COVID-19 patients.

During March-end, the FDA set up a pathway for scientists to try convalescent plasma with patients and study its impact on the people. The plasma treatment has been used to treat more than 60,000 Covid-19 patients. However, convalescent plasma is in limited supply and is available only from donors.

US Health and Human Services Secretary Alex Azar stated that studies involving 70,000 volunteers justified the EUA. “The data duly gathered suggests that patients who were treated early in their COVID-19 course, within three days of them being diagnosed, with plasma containing high levels of antibodies, got the best from the treatment. We witnessed a 35% better survival in the patients who benefited from the plasma treatment. Azar was referring to a national study done on 35,000 patients who were treated with convalescent plasma. The study, which was released on August 12, showed that 8.7% of the patients treated within three days of diagnosis died compared to 12% of patients who were treated four days after the diagnosis. The people treated with plasma containing the highest levels of antibodies had a 35% lower risk of dying within a week compared to those treated with less-rich plasma.

“While the data acquired till date shows positive signals that convalescent plasma can help treat COVID-19 patients when given early in the initial phase of the disease, we lack the randomized controlled trial data needed to understand its utility in the treatment,” president of the Infectious Diseases Society of America Dr. Thomas File stated.

Dr. Paul Offit, director of the Vaccine Education Center at Children’s Hospital of Philadelphia, stated he thought the White House pressured the FDA into pushing through the EUA. “I think the thing that is happening is called bullying, at the highest level of the FDA, and I’m sure that there are many people at the FDA who are the workers there and are as upset as I am about this,” stated.

According to sources, Dr. Francis Collins, the head of the National Institutes of Health, Dr. Anthony Fauci, head of the National Institute of Allergy and Infectious Diseases and Dr. H. Clifford Lane, who works under Fauci at NIAID, were among the primary government health officials. They were previously skeptical about enough data to justify the emergency authorization of plasma for Covid-19.

According to President Trump, there might have been a holdup on the EUA thing, “but we broke the obstruction over the last week,” Trump stated. He believed there were FDA officials and in the Department of Health and Human Services “who can see things being held up and wouldn’t mind so much.” “It’s my sole opinion, solid opinion, and mostly for political reasons,” Trump stated.

Recently, Dr. Janet Woodcock, the director of the FDA’s Centre for Drug Evaluation and Research, stated that doctors treated so many Covid-19 patients with convalescent plasma, that it has become difficult to figure out if the treatment works. “The problem with convalescent plasma is the enthusiasm behind it,” Woodcock stated, “It exceeded anyone’s expectation beyond the demand.”

Anna Domanska
Anna Domanska is an Industry Leaders Magazine author possessing wide-range of knowledge for Business News. She is an avid reader and writer of Business and CEO Magazines and a rigorous follower of Business Leaders.
« Antisolar panels used to Harvest Energy after sundown
Aveva Buying OSIsoft for $5 billion to boost industrial software business »
Leave a Comment
Close