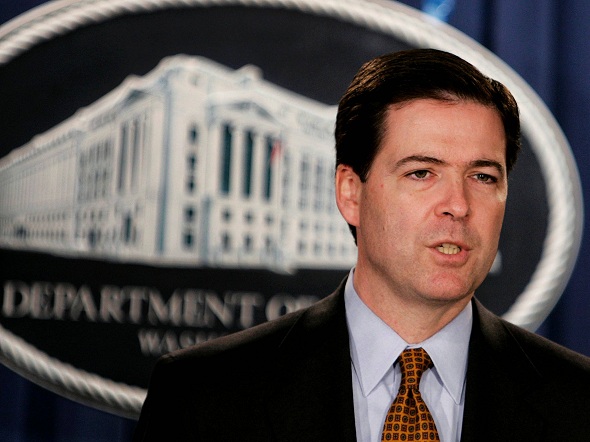 Recent news that both Google Inc and Apple Inc providing default smart device encryption for their respective mobile devices has the intelligence community on edge.

U.S. FBI Director James Comey on Thursday demanded that Congress should pass a law banning the use of default encryption, arguing that law enforcement efforts to crack murder cases could be stalled and justice could be hindered by an encrypted hard drive or a locked phone.

Speaking at an event at the Brookings Institute in Washington, D.C., Comey discussed the problems that strong encryption present to law enforcement agencies, mainly when it comes to lawful interception of cell phone communications. With iPhones and Android devices being encrypted by default, they limit the ability for the companies themselves to access information stored on the units as they don’t hold the encryption keys. The device cannot be decrypted even when presented with a court order or warrant.

Most privacy enthusiasts and security experts have praised the moves by Apple and Google as being good for users, many of whom wouldn’t otherwise go out of their way to enable encryption on their own. But Comey said the policy will hurt law enforcement by putting significant evidence off-limits to federal investigators.

“Law enforcement needs to be able to access communications in a lawful way in order to bring people to justice,” he said. “Those charged with protecting our people aren’t able to access the evidence we need even with lawful authority.”

Generally FBI agents are able to access data stored on cell phones with a court order related to a particular investigation that forces the company to retrieve the information. Comey said that he understands the move by tech companies to protect user communications, but those needs shouldn’t come at the expense of national security or law enforcement. New legislation to permit law enforcement to intercept communications is particularly needed at a time of technology advancement and new forms of communication, he added.

“We are not seeking to expand our ability to intercept communications. We are struggling to keep up,” he said. “Encryption threatens to lead us all to a very, very dark place. The place that this is leading us is one that I would suggest we shouldn’t go without careful thought and public debate.”

Comey also indicated that the extraordinary disclosures made by former NSA contractor Edward Snowden has swung too far in one direction, in a direction of fear and mistrust, turning public sentiment against the government on topics of surveillance, privacy and security.