FBI Believes Driverless Cars May Be Used As Deadly Weapons 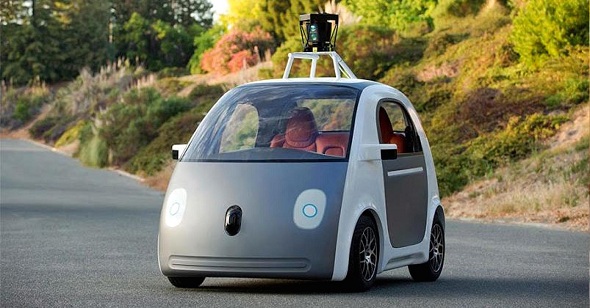 In an unclassified but restricted report, FBI predicts that Driverless cars have the potential to be used as deadly weapons

While Google’s driverless cars are seen as the vision of the future, the FBI isn’t too excited though. In an unclassified but restricted report, FBI predicts that Driverless cars have the potential to be used as deadly weapons. The technology used in automated cars can also be used in lethal applications that pose a dire threat to the national security and society in general.

The report made by the FBI’s Strategic Issues Group also believes the driverless car “will have a high impact on transforming what both law enforcement and its adversaries can operationally do with a car.”

In a section called Multitasking, the report notes that criminals might use driverless cars in their activities that require taking eyes off the road or using both hands easily during a car pursuit since the car would drive itself. A horrifying scenario could involve criminals shooting at their pursuers while the car makes the getaway on its own.

The report said relentless terrorist threats and technology progression means the nation will be exposed to more risks such as VBIEDs or vehicle borne improvised explosive devices favoured by terrorists. Suspects could also overrule the car’s safety controls and make it perform in ways different than normal. The FBI’s fixation with driverless VBIEDs appears through the entire report, which also scrutinizes how driverless cars could accelerate crimes such as bank robberies and getaways.

’Surveillance will be made more effective and easier, with less of a chance that a patrol car will lose sight of a target vehicle,’’ says the report. ‘’In addition, algorithms can control the distance that the patrol car is behind the target to avoid detection or intentionally have a patrol car make opposite turns at intersections, yet successfully meet up at later points with the target.’’

The FBI predicts that self-driving cars could be approved by Congress for use by the American public in the next five to seven years. Several auto makers have already tested self-driving cars prototypes including Google who is a leader in self-driving technologies.

The British government recently announced it was amending its highway rules to allow for self-driving vehicles.

Anna Domanska
Anna Domanska is an Industry Leaders Magazine author possessing wide-range of knowledge for Business News. She is an avid reader and writer of Business and CEO Magazines and a rigorous follower of Business Leaders.
« No Service? GoTenna Lets You Text When There’s No Service
Jibo, World’s First Family Robot Will Be Available in 2015 »
Leave a Comment
Close