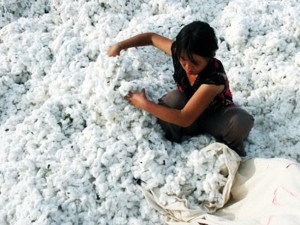 If you’re planning to revamp your wardrobe, now’s the time to do it. Before the effects of the cotton price rise set in that is…

Shooting past the $2 a pound level for the first time, the record price of cotton on Thursday sent the share price of key retailers downwards, leaving behind a strong possibility of sharp increases in the price of clothing.

This record high in cotton prices has been brought on by a short-term squeeze with mills scrambling to buy futures contracts to fix the prices of physical supplies before Friday, the last available day they can do this on the current March contract.

Following market trends established oil, copper and a swath of other products subject to huge price rises that have alarmed governments because they threaten to fuel inflation, Cotton values have surged owing to a combination of increased demand from China, floods in places such as Pakistan and speculative buying on international commodity exchanges. Mills eager to guarantee their future supplies pushed up US cotton prices to $2.0402 per pound on the ICE market exchange, as compared to cotton being traded at 75 cents per pound just six months ago.

“This is a very real shortage and it’s been in the works since 2007,” said Ron Lawson of Logic Advisors, a commodity broker.

After years of declining stock, the demand rebound brought on by the resurgent economy has left the cotton industry that has rarely seen cotton trade above $1 a pound for any sustained period over the last 30 years in an absolute state of shock. 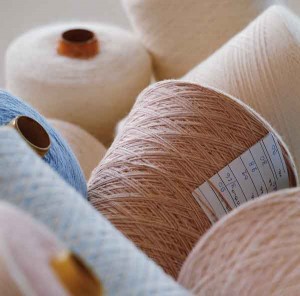 Up 171% since last year, cotton’s dramatic price hike is adding to concerns about the effects of commodity-driven inflation on the global economy. In the US, consumer prices for clothing rose 1 per cent in January from the previous month. Clothing companies including Levi Strauss and Jones Group have already raised prices and warned of more increases.

Immediate results of this price hike were obvious with shares in SuperGroup, owner of the SuperDry fashion brand going down 3.5% while Next, Marks & Spencer and H&M all between 0.5-1% in the red, with worries that profit margins would be squeezed. Next and Primark warned last year that the cost of clothes could rise by up to 10% in the first months of this year while Abercrombie & Fitch said earlier this week that customers should prepare for price rises of more than 10% in the autumn.

But retailers are aware that customers are also being hit by rises in petrol, heating and food prices, meaning they could put a halt to discretionary spending. “We know we have to pass on cost increases,” said Mike Jeffries, chief executive of Abercrombie & Fitch, as it reported a strong final quarter sales performance on Wednesday. “The question is, how much? We’re comfortable that we can pass some of these increases on to the customer. We’re not comfortable with how much.”

Very aptly put by Robert Antoshak, managing director at Olah, a US-based denim maker, who said, “The unknown has bred a psychology of blind panic in the market. You are getting the whole supply chain elevating prices more than you would see based on simple economics.”

For traders such as Louis Dreyfus, Cargill, Olam International, Noble Group and Ecom Agro-industrial that buy, sell and transport the fibre around the globe, this persistent price rise is both a risk, because of the possibility farmers and mills could default, and an opportunity.

In western Texas, for example, which grows nearly a third of the crop in the US, the largest exporter, some merchants suspect farmers are walking away from forward deals to sell cotton at lower prices. The current short term squeeze highlights that risk.

After waiting in vain for a hoped-for correction in prices, textile mills still have commitments to buy more than 1.5m bales of cotton for March delivery “on call”, which means they have fixed the amount of cotton they plan to buy but not the price they will pay.

Mills and merchants usually agree to fix the price by the last day of trading before so-called notices of intent to deliver are given on New York’s ICE Futures US exchange.

Friday is the last trading day before the notice period begins for the March contract. But the cotton market is now, in effect, frozen as prices have in recent days been jumping by their daily limits, making it very difficult for traders to fix the prices they pay to settle contracts.

Some mills have exited their positions. Open interest, or the number of outstanding contracts, fell by nearly half on Wednesday even as trading was locked. But, when the market reopens on Tuesday, after a US holiday on Monday, the fear is that a rush of traders trying to settle contracts could cause prices to rocket.

“All those futures should be bought Thursday or Friday, if the market will allow them to be bought. If they don’t, it’s a mess,” said Herman Kohlmeyer, cotton broker with Michael J. Nugent.

For now, there is no sign of a let-up in the global supply squeeze. Cotton stocks as a proportion of world demand are expected to fall to their lowest in more than 15 years, according to the US Department of Agriculture.

Inflation is chasing the investors and policy makers at a speedy rate. CPI increased by 7% in December, 2021, the highest since June, 1982.
20 hours ago