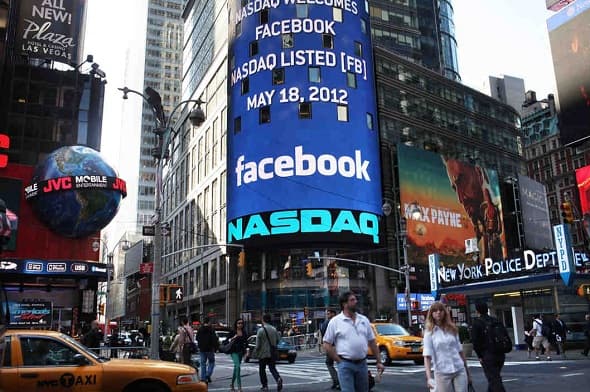 Facebook posted earnings of 42 cents a share, excluding one-time items, on revenue of $2.91 billion, up 61 percent from $1.81 billion from the same quarter last year.

Social media giant Facebook once again demonstrated its mastery of the mobile computing wave by reporting bumper earnings growth in revenue and profits for the second quarter, thanks to its robust mobile ad business.

“We had a good second quarter,” said Mark Zuckerberg, Facebook founder and CEO, in a statement. “Our community has continued to grow, and we see a lot of opportunity ahead as we connect the rest of the world.”

Facebook`s stock rose to an all-time high of $71.29 per share after second quarter earnings late Wednesday. The firm posted earnings of 42 cents a share, excluding one-time items, on revenue of $2.91 billion, up 61 percent from $1.81 billion from the same quarter last year, and generating a profit of $791 million, or 30 cents a share, compared with $333 million a year ago.

The company’s active advertising customers had increased to 1.5 million from 1 million last June. Advertising revenue reached $2.68 billion, up from $2.265 billion in the previous quarter and a 67 percent increase from the same quarter in 2013. Mobile advertising was particularly strong, making up about 62 percent or roughly $1.66 billion of advertising revenue for the quarter, up 30 percent from last year.

Facebook, based in Menlo Park, California, said the number of users who accessed the online social network at least once in a month surged to 1.32 billion in a 14 per cent rise from the same quarter last year, with nearly 1.07 billion of those people using the service at least partly on mobile devices.

Mobile devices account for nearly two-thirds of Facebook’s revenue, which at present comes from ads shown on the Facebook website and apps. However, the firm has started to supplement that with ads on other sites.

In a conference call with investors, Zuckerberg said that the company will continue splurging heavily for some more time on newer services like virtual reality and private messaging without anticipating any immediate returns. The Oculus and the $19 billion purchase of WhatsApp, the leading text messaging app, are examples of the sort of long term bets the company is making without any near-term expectations of making profit from them.

According to eMarketer, Facebook will garner nearly 8 percent of the world’s digital ad revenue and roughly 22 percent of the total global mobile ad market this year, up from 5 percent in 2012. The company projects that this will nearly double globally as people are increasingly turning to their smartphones to access the Internet.