On Wednesday, social media giant Facebook moved to maintain the trust of its more than one billion users by introducing new feature called anonymous login that let users restrict how much personal information they share with third-party mobile apps, a move that could appease those members who are worried about privacy. 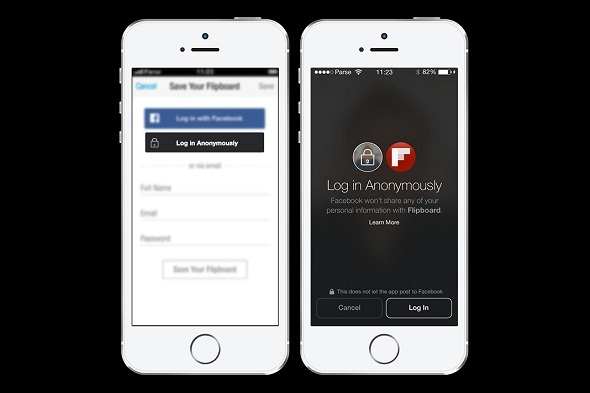 Chief Executive Mark Zuckerberg said at Facebook’s F8 developer conference in San Francisco that the new feature allows Facebook users log in to new apps anonymously until they can comfortably trust the app developers with their personal information.

Facebook has revamped the log-in control system that allows users select and choose from a list of personal information they want to share or keep private, such as e-mail address, song lists, birthday or items that they have liked on Facebook. The user’s identity will remain visible to the app. In 2013, Facebook users used their log-ins to sign in to apps more than 10 billion times.

Besides that, the social network also rolled out a new mobile ad network service to dole out ads over a network of mobile applications. The service lets mobile-app developers to insert different ads within their software to target specific audiences with their ads, opening the door to a new source of revenue.

Earlier this year, Facebook started testing a mobile ad network with a restricted number of advertisers and mobile app publishers to determine how the ads would work if they weren’t directly on Facebook. The company intends to expand the number of app developers that can use the service, although it did not divulge a time limit for when the system will become broadly available.

Given the colossal amount of personal data that Facebook has, a bulk of its revenue is earned from ads that come across on its own Web pages and inside its own mobile app. By distributing the same ads across the independent mobile apps, businesses will have a new passage to connect with consumers and Facebook could effectively expand its advertising space.