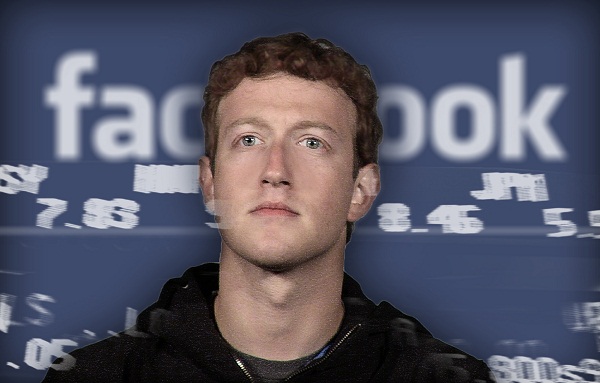 Facebook shares dropped by 6.27 percent. Facebook stock hit record low as the first lock-up period ended. Shareholders, who invested in the well-known social media company, cashed out some of their stake. Facebook shares are down almost 50 percent from its debut.

In May early investors, who had sold some of their stake, were prevented from selling off any of their shares for 90 days. However yesterday the 90-day lock-up period ended and some investors started getting rid of Facebook shares again.

Facebook officials have tried to persuade early investors not to take an advantage of the expiry of the 90-day lock-up. Moreover Mark Zuckerberg, the founder of Facebook, attempted to convince his employees not to sell off Facebook  shares either. Mark Zuckerberg has noted that the possibility of watching investor retreating from Facebook shares will be painful.

But a drop in Facebook shares is not something surprising. Recently many technology companies, which floated, observed a fall of their shares following the end of lock-up periods. For example, Linkedin shares fell nearly 7 percent on its expiration date, Groupon shares dropped 10 percent.

The end of the lock-up is accessible to a select group, which includes venture-capital companies such as Accel Partners, Greylock Partners, Goldman Sachs Group Inc. and Tiger Global Management. In addition, Microsoft Inc, an early Facebook shareholder, is able to sell off its shares as well.

Moreover Sheryl Sandberg, operating chief at Facebook, and David Ebersman, finance chief, are eligible to sell their Facebook stock. However Mark Zuckerberg, the founder and chief executive at Facebook, is not entitled to sell of his shares. He will be able to do it in mid-November. As for employees, who own Facebook shares, they have to wait for next lock-ups to end. But probably employees will not be satisfied with the money they will get for their Facebook shares.  Facebook stock has dropped approximately 48 percent since the IPO.

Even though Mark Zuckerberg has asked his employees not to pay attention to Facebook stock prices and concentrate on developing the social network, it is sure that all of Facebook workers are concerned with uncertain future prices.

Facebook future seems to be uncertain, too.  Top executives and analysts are concerned whether the company will earn some money from people using Facebook on Internet mobile devices. The amount of people accessing the site through mobile phones is increasing and Facebook wants to take an advantage of it. Especially these days when company is earning less money from each user and it is not easy to generate advertising revenue as well.

Stellantis, the carmaker formed earlier this year by the merger of Fiat Chrysler and PSA, has revealed that it no longer needs to buy emission credits from Tesla, which will result
19 hours ago

Anheuser-Busch InBev SA’s Chief Executive Officer Carlos Brito will step down from his role, effective July 1 and Michel Doukeris will succeed him as the new CEO. Brito, who beca
19 hours ago

Intel plans to invest $3.5 billion in its New Mexico factory as part of a plan to expand domestic manufacturing investments. This is one of the largest single investments by the co
4 days ago