Facebook Rolls Out ‘Nearby Friends’, An Exact Location Sharing Feature

Social networking site Facebook recently rolled out a new feature known as Nearby Friends that allowed users to find if any of their friends are within close proximity, so friends can track each other in real time. Users are either sent a notification when their friends are close by or they could look into the list of nearby friends. The feature will be initially rolled out for iPhone and Google’s Android- based devices in the US. The company assured that the new feature would reach all its users over the next coming weeks. 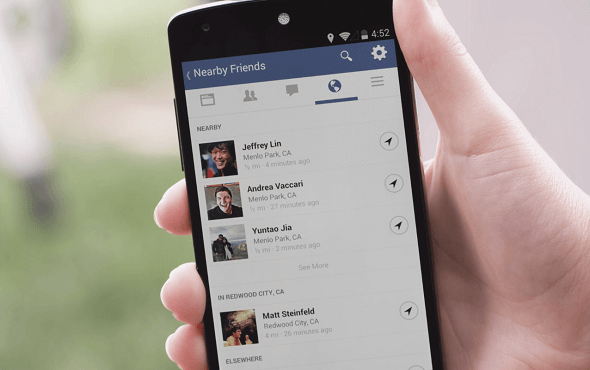 The Nearby Friends feature is an optional tool that will only be available to users who choose to turn it on.

The Nearby Friends feature is an optional tool that will only be available to users who choose to turn it on. The feature will use the user’s smartphone’s GPS system to reveal their nearest location to Facebook friends, provided those friends have the feature turned on as well. Users who do opt in have a lot of options when they allow their location to be shared. They can turn it off and back on at will or users can also set a time slot when certain features will be on.

Rather than share the exact location of the user, the feature will only show that he is nearby, say an approximate location. Users can manually share a more specific location with a particular friend in case they plan to meet up. Friends can see where the user is located in a particular area. However, the user’s exact location will be shared for only an hour, although it can be changed.

Users can also turn off the location history in the Facebook app’s settings. If a location of a user has been tracked, it’s possible to delete individual locations from a history or clear the whole thing so that friends cannot see that they have been there before.

Nearby Friends would not be available to users under 18,” the company said. No ads have been rolled out on the service just yet as Facebook at present does not target ads to users based on their location, only their listed hometown. However, this could and will most likely change.