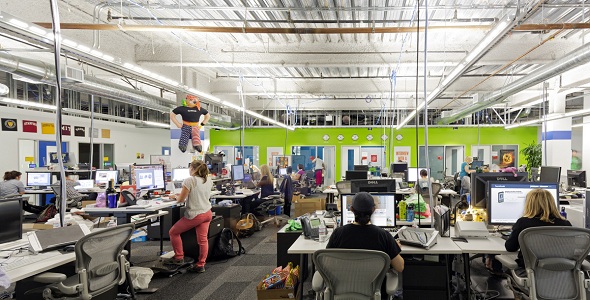 Facebook is also working on “preventative care” applications which will assist people to make their lifestyle much better. (Inside Facebook’s Menlo Park Headquarters, California)

Following on the heels of Samsung and Apple, Facebook is planning to make health care an integral part of the social media site. The social network is planning to create a group of online support communities on the site where people suffering from various afflictions would be able to connect.

In addition, another small team at Facebook is also working on “preventative care” applications which will assist people to make their lifestyle much better. Similar to MyFitness Pal, these kinds of apps could include issuing guidelines on nutrition, exercise or perhaps calorie and fitness trackers.

In recent months the social network has been holding several meetings with entrepreneurs and medical industry experts, and is coming up with a research and development network to test new health apps. Facebook is still in the conceptual stage. Healthcare has historically been the chief concern of Facebook, but it was delayed because of some other major issues.

This isn’t the first time the social network has explored healthcare. In 2012, Facebook spearheaded an organ donor status initiative which saw over 13,000 people registering to become organ donors in a single day compared to the daily average of 616 according to the American Journal of Transplantation.

Facebook team observed that the healthcare could be an avenue to bring in new users to the site, as online communities can often be valuable sources of support for some suffering from ailments. There are numerous networks and forums that provide both advice and forums for patients to connect, such as PatientsLikeMe. Such communities could be taken to a new level if integrated with the popularity and worldwide use of Facebook.

With Apple’s iOS 8 operating system being released, the iPad and iPhone maker’s Healthkit app is now available. This app, when enabled, collects health and fitness information gathered by third-party applications and displayed in one place.

Samsung also launched the Gear Fit wearable and S Heath 3.0 Platform that tracks health information through sensors when paired with devices such as the Gear Fit, analyzing data before displaying it on a user’s smartphone. If the user permits, this information can also be sent to developers.

Privacy is an area where the company has faced huge criticism over the years, which will likely prove a hurdle regardless of what form Facebook’s initiative faces. This year the company faced criticism for manipulating user news feeds for the purposes of research.

Christy Gren
Christy Gren is an Industry Specialist Reporter at Industry Leaders Magazine; she enjoys writing about Unicorns, Silicon Valley, Startups, Business Leaders and Innovators. Her articles provide an insight about the Power Players in the field of Technology, Auto, Manufacturing, and F&B.
« Marriott Fined $600000 for Deliberately Blocking Its Customers’ Wi-Fi
The Proverbial Glass Ceiling that Limits Stilettos in the Male Dominated Oil and Gas Industry »
Leave a Comment
Close