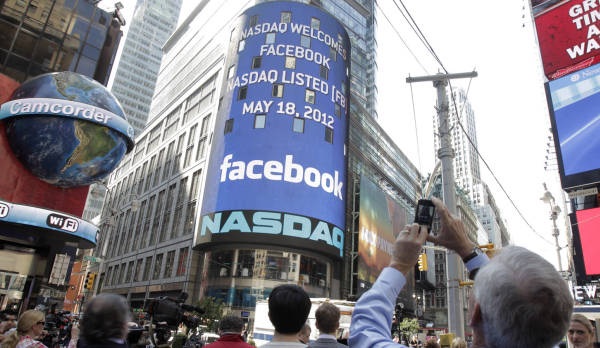 Facebook Inc, the California based world’s largest social networking site rang the bell on NASDAQ on 18th May, 2012. What started off as a simple algorithm in a dorm in Harvard is now publicly listed at $38 per share to raise $18.4 billion.
So what were investors expecting out of this public offering? Will the shares ride high on the wave of retail investor’s optimism? Facebook is valued at $104 billion at the IPO price but is it really worth it? The valuation is based on the company’s ability to generate future earnings, and recent announcements of General Motors planning to withdraw $10 million advertising buy from Facebook and its dwindling revenue model is not really helping the case.
Of the 900 million registered users on Facebook, about half of them access it from their mobiles. Facebook is still struggling to find a model to earn revenue from the same. Will Facebook manage to keep the data of all of its users private as it promises? As a shareholder, and most possibly a user, a person would want to keep his privacy while earning money from the company. And while he would also access it from his mobile device, the advertisements may not pleasing to the eyes. Double edged sword, Zuckerberg?

Making the model a paid model, may help in generating revenue. But this creates severe doubts as to why would a user want to pay for updating a status on one social networking site, while other social networking site offers similar service for free? And if someone would have to pay to keep their data private, they would rather not share private photographs over social media networks than pay to keep their data private.
While they try to figure out the answer to revenue generation, another question faced is of return. As everyone’s favourite social networking company went public, the excitement amongst the users and investors around the world has risen multifold. Everyone wants the hoodie clad CEO to create wonders at the stock market.
Facebook began trading at $48.05 and despite technical glitches in systems of NASDAQ, which delayed the start of trading for 30 minutes, more than 500 million shares changed hands and it closed at $38.23. On Monday, it plunged by 11 percent to $34.03 and slid another 6 percent on Tuesday, 22nd May, 2012. But that is expected when one of the most anticipated IPOs of the year comes out, especially when questions are raised on its shares are valued at 100 times its price-to-earnings ratio.
Going forward, Facebook has a lot to offer to its users and investors. Apart from acquisition of the photo sharing social networking site, Instagram and other technologies to reach a wider audience, Facebook also provides a platform for other companies to innovate.
With 1/7th of world population currently registered on Facebook, and having users as its product, Facebook will need constant innovation and keep evolving itself to live up to it’s users’ as well as investors’ expectations. The ride may seem bumpy right now, but it would be unfair to write off Facebook already.

Anna Domanska
Anna Domanska is an Industry Leaders Magazine author possessing wide-range of knowledge for Business News. She is an avid reader and writer of Business and CEO Magazines and a rigorous follower of Business Leaders.
« Hyundai Kia Automotive Group: Humble beginnings to Global prominence
Most lavish wedding the world has seen till date »
Leave a Comment
Close