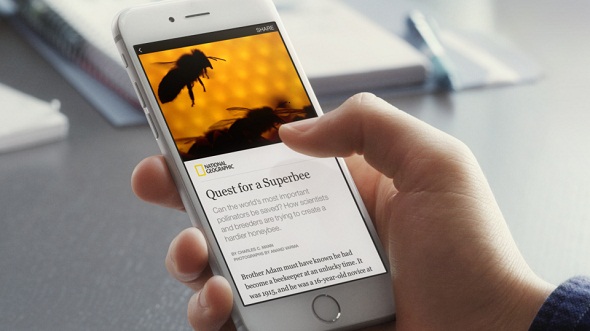 Facebook Inc. is partnering with nine news partners to launch Instant Articles that will directly post their articles on social media sites. Now, Facebook users will be able to read their favorite news post on social media sites and can also view news feeds from their mobile handsets.

Reportedly, FB’s news launchers include The New York Times, NBC, Buzzfeed, and National Geographic and a few others who are partnering with Facebook. These news launchers will provide their content directly on the Instant Articles, which will load stories 10x faster than standardized mobile web article, and will include the content of news publisher, as revealed by Facebook in a blog post.

Some news outlets revealed that the article project that is initiated by Facebook is merely for testing or experimenting purpose. If FB’s experiment gets failed then, it will get harder for Facebook users to access their most liked blogs and content.

Traditionally, news launchers have been using the old-style to post their articles/news on their website, where they expected users to visit their website and view ads posted on those pages.

It’s not the first time Facebook has come up with the new project, it had earlier approached to well sound news launchers, but its project halted back then. For most of the news launchers, FB’s project is like a win-win bonus, which allows publishers to fish where the fish are.

Well, it is a fact that most of the users are lurking around Facebook, spending many hours for surfing. So, it’s an advantage for news launchers to grab more audience for their content by using FB’s Instant Article. Albeit, there are many other news launchers whom FB has approached once and failed to sign a deal since they’re afraid that with Facebook being the most powerful social media tool engine, it will simply grab their audience and make more profits with its newly launched article project.

FB’s chief product officer, Chris Cox said that Instant Articles will let the publisher deliver fast, interactive articles while sustaining control of their written content and business model. It will allow news publishers to sell and embed their advertisement in their content, and allow keeping all revenues with them, or can also allocate to Facebook for receiving revenues.

The Internet Social Networking Company commented that it will permit Facebook’s news partners to track their content using comScore or other analytics tools.

Facebook said it is also partnering with other news launchers such as NBC, The Atlantic, The Guardian, BBC News, and Spiegel and Bid. The Instant article will be soon made available on each and every mobile device for users so that they can enjoy reading important news feeds.