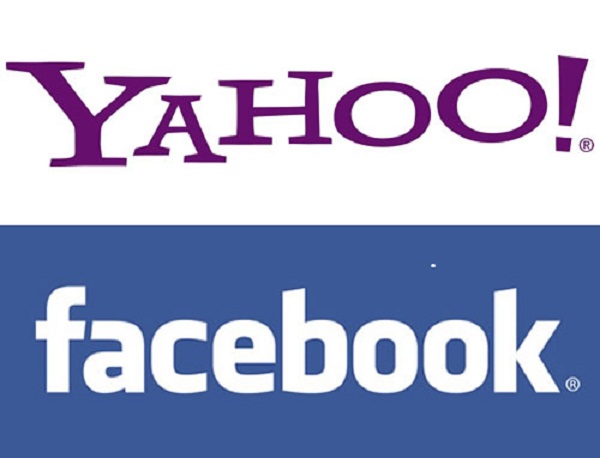 Yahoo Inc. and Facebook Inc. have finally agreed to settle their heated up patent lawsuits and tie up for a licensing and internet advertising partnership according to reports laid out on Friday. The pact has at last settled the accusations that were made for the technology patent infringement that started under the leadership of Scott Thompson, the ex-CEO of Yahoo. He was actually removed from his job after the eruption of scandals over some inaccuracies that were found in his resume. According to reports in Reuters from sources the fore runner of this job will now be the interim CEO named Ross Levinsohn.

The strategic deal between Yahoo and Facebook that expands an already existing multiyear tie up allows the users of Facebook to share contents from Yahoo. This encompasses the cross-licensing of collaboration and patents on the advertising offerings that are available during the major events of media like the annual Super Bowl or the Olympics. The deal also means that users present on both the sites can provide updates to services that are mirrored on the other. According to the newest member of the board and the Chief Operating Officer of Facebook, Sheryl Sandberg, it is very pleasing to have finally been able to resolve the matter in a positive way. She also added that she will eagerly be looking forward to working with Mr. Ross and the leadership of Yahoo.

The iconic internet company of one time, Yahoo, has actually struggled to make a mark    in the digital world that is heavily dominated by companies like Google, Apple, Twitter and Facebook. The leadership of the company has been in a constant state of turmoil since it turned down the offer of Microsoft to take over their company for 44 billion dollars. That was in the year 2008 and since then there has been a change of four CEOs in a span of four years in Yahoo. The company has not yet mentioned anything as to when a final decision would be made on electing a permanent CEO for leading it. The lawsuit of Yahoo sprung out criticism that the company was intending on squeezing out cash from a company that was about to go public in the largest coming-out party of the Silicon Valley.

Yahoo had filed a suit against Facebook in the month of March. In the lawsuit Yahoo claimed that the top ranked social networking company has violated as many as 10 patents that included many that covered online technology of advertising. In their lawsuit Yahoo had claimed that before Facebook adopted the ideas of Yahoo, it was regarded as one of the worst performing sites in matters of advertising.

In the month of May, after Facebook went public, it filed a countersuit of its own against Yahoo a month later calling Yahoo short sighted for the decision it had made to give more priority to litigation than innovation. Facebook has been growing on its armory of patents strongly. It made an announcement that in the month of April it would pay 550 million dollars to Microsoft Corp for numerous patents that have originated with AOL.