In an interesting business move, social-networking giant Facebook is reportedly going to acquire Titan Aerospace, the maker of a solar-powered high-altitude drone that can stay in the air for five years at a time. With these drones Facebook plans to offer an online connection to the five billion people who don’t have access to internet or have very limited (usually expensive) options.

Facebook’s acquisition would reportedly further the interests of Internet.org, a coalition of mobile technology companies that is working towards delivering Internet access to billions or so people around the world without it. Though nothing is confirmed as of now, the acquisition is valued at $60 million. 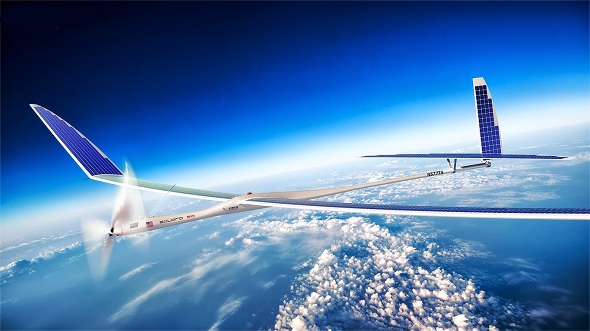 Facebook plans to buy Titan Aerospace (acquisition estimated to be around $60 Million) the maker of solar-powered, high altitude drones which can stay in the air for up to five years at a time. Facebook aims to bring Internet in places like Africa where they currently have inconsistent or almost no connections

These drones are atmospheric satellites that can carry on most of the operations of an orbital satellite, but are cheaper and more adaptable. Titan Aerospace makes near-orbital drones that are solar-powered and will charge themselves up in day time in order to function at night. Apparently they will be durable enough to operate for five years at an altitude of 20km above sea level, without need for re-landing.  Besides, these drones could potentially have many uses like weather monitoring, disaster recovery, Earth imaging and communications.

According to reports Facebook is keen on using these high-flying drones to provide internet access to  parts of the world that lack Internet connection, beginning with Africa. The company apparently plans to build 11,000 of these unmanned aerial vehicles (UAVs), specifically the “Solara 60″ model, a lightweight aircraft built of composite materials that the Titan Aerospace claims can maintain an altitude of 65,000 feet for years without the need to refuel, thanks to thousands of solar cells covering the aircraft. At 160kg it is capable of supporting a payload of 32kg, sufficient for plenty of camera and connectivity options. And flying at 64mph it can efficiently move and focus on an area. Since they cruise over 65,000 feet they’re out of the airspace boundaries of most countries.

Titan Aerospace was founded in 2012 by Max Yaney (CTO) and is currently led by CEO Vern Raburn. It is a privately held venture with R&D facilities in New Mexico. The company has collected some significant funds through seed and Series A and A-1 rounds, and in October 2013 the company announced the opening of B round.

Facebook’s project competes with Google’s Project Loon which plans to use weather balloons to provide internet to remote parts of the world.

Anna Domanska
Anna Domanska is an Industry Leaders Magazine author possessing wide-range of knowledge for Business News. She is an avid reader and writer of Business and CEO Magazines and a rigorous follower of Business Leaders.
« BBM’s Next Update to Add Several New and Exciting Features!
Skype For Outlook Is Finally Available Worldwide »
Leave a Comment
Close