Facebook Goes Beyond Male and Female with 50+ Gender Options

The flagship of Social Networking – Facebook, is now letting users customize their gender from 50 different options.  Facebook seems to be moving in the right direction by embracing sexual orientation fairness and making significant changes towards ending gender based polarization and biasness.

Users now have the option to distinguish them as a female, male, androgynous, bi-gender, intersex, gender fluid, or transsexual. The change may be a real step towards acknowledgement for individuals who don’t self-recognize as male or female, however they appeared silly to the individuals who refuse to recognize anything more than two sexes – male and female. 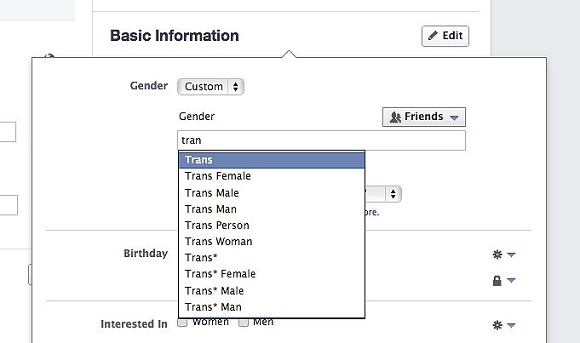 Users can select Custom, an open field to write up to 10 gender descriptions including options like Trans, Agender, Gender queer, and Male to Female, among dozens of others.

The customization of gender could be found in the “Basic Information” area of your profile (above right). Pick female, male, or “custom” sexual orientation, and then set a customize it to make it viewable only to certain people you approve of. Users can also edit their preferred noun in the drop-down menu. Facebook, which has 1.23 billion users worldwide, also permits them to keep their sexuality private and will keep on completing so.

Facebook said the developments at first will cover the site’s 159 million users in the United States and are keen at giving individuals more choice by the way they portray themselves.

According to the William Institute, a research organization based at UCLA, there are no less than 700,000 people in the United States who recognize themselves as transgender – an umbrella term that incorporates individuals who live as gender different from the one assigned to them at birth.

The acknowledgment verbalizes as an indispensable sign of recognition of the country’s developing transgender-rights movement, which has been prodded by veteran activists and youngsters who recognize as transgender at younger ages. The Human Rights Campaign (HRC) a year ago found that 10 percent of the 10,000 lesbian, gay, transgender young people it surveyed used “other” or composed in their own particular sexual orientation terms. 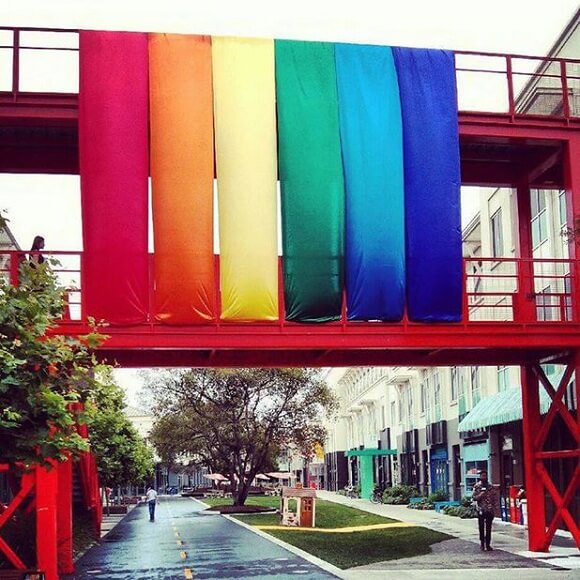 The move by Facebook came after years of campaigning from users, some of whom started Facebook pages to appeal to for the change. Google+ offers male, female and “different” as decisions, however transgender supporters happy with Facebook’s numerous particular choices said that it makes the site an undisputed king of social networking sites. About 1 percent of Google+ users recognize as other.

GLAAD (formerly Gay & Lesbian Alliance Against Defamation) gladly helped out in the advancement of the new characteristic. GLAAD President Sarah Kate Ellis stated that the advancement in recognizing transgender individuals has allowed them to recount their authentic story in their own words.