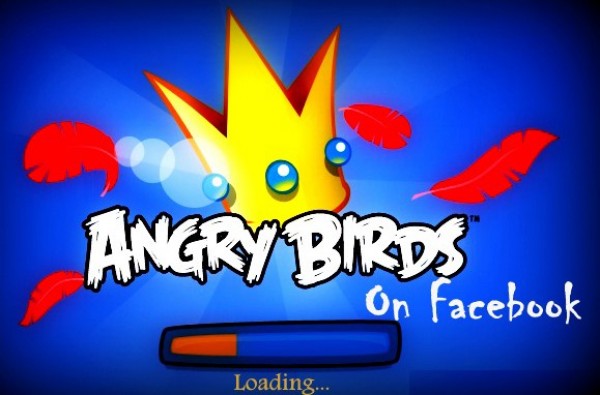 Angry Birds, the most downloaded mobile app of 2011 has finally made its debut on the world’s leading social networking site, Facebook. And Facebook is feeding the Angry Birds with its likes on The Valentine’s Day.

Well, Facebook seems to have given its worldwide fans a great Valentine’s Day surprise, with launching Angry Birds, the wildly popular pig-flying game, according to a business magazine.

The new Facebook app, Angry Birds, is similar to the original mobile version, with a little addition of social components, brand new power-ups, and all new levels. The added social aspect in Angry Birds also allows players to compete with their Facebook friends for gold, silver, and bronze crowns in any level. Wow, this sounds fun. The Facebook players can also brag about their scores on the social network and give their Facebook friends “mystery gifts” of power-ups.

While the game has long been available on a wide variety of mobile and desktop podiums, it has been all over on news that the Finnish game maker Rovio included features unique to the Facebook version of Angry Birds, including power-ups intended to give users a leg up on the other competitors.

The fans were able to test the new Angry Birds Facebook app Tuesday morning following its official global launch in Jakarta, the world’s most Facebook-connected city, reported an industrial magazine.

Rovio Asia senior vice president Henri Holm said in a statement, “With the great success of the Angry Birds game on smartphone platforms, Rovio intends to reach more fans and be on every screen and every platform.”

Henri Holm hopes that the game could reach more than 800 million users worldwide. More than 17 percent of Indonesia’s 240 million people have Facebook accounts.

The Facebook version includes four new power-ups, including “sling scope” (for better targeting), “king sling” (for more power and velocity), “super seeds” (to supersize your bird, turning it into a “pig popping giant”), and “birdquake” (to shake the battlefield and bring down pigs’ defenses). Besides being gifted with power-ups, players can earn them through game play or purchase them.

And anyone who plays the game between now and Feb. 16 will receive 14 free power-ups as a special Valentine’s Day gift from Angry Birds developer Rovio.

Well its hard to figure out how many Angry Birds apps have been downloaded in Indonesia. But the country’s love for the game is obvious in the omnipresent supplies in malls, from Angry Birds mobile phone covers to baby jumpsuits.