Facebook’s ninth data center is being built in Papillion, Nebraska, FB is like a boon for providing help to the community. The project would denote generating more jobs, directly increasing the employment statistics. And with the addition of Facebook energy initiative, they will be able to consume 100% clean energy.

Facebook partners with Tradewind Energy, a Kansas based company to build the wind power farm that would supply electricity. The farm will be situated in northern Nebraska. Hence the project now lies in the hands-on Tradewind Energy. In other words, they are to provide power through renewable energy to the 2.4 million square feet data center.

The ‘for-profit’ corporation announced their partnership with Tradewind Energy on Thursday. The Facebook energy initiative will be able to power the data center with pure clean energy. Wind farms will comprise of the Rattlesnake Creek wind project in rural Dixion County. Facebook seemed to have kept its word that was given in April. After coming out with the news of building a data center in Papillion, it mentioned something more. They stated that the new center will get power from 100% clean and renewable energy. According to the new electric rate structure of January, Facebook can make use of 100 per cent fresh energy.

What’s on Your Mind?

Early April witnessed a post by CEO Mark Zuckerberg stating, “We just announced that we’re building our ninth data center in Papillion, Neb. Over the next few years it will power 100 percent clean and renewable energy and create thousands of jobs in the community. To grow the market for the clean energy we need, we worked with the Omaha Public Power District to create a new renewable energy tariff that will now be available to all companies.” Another recent post on Facebook stated, “With the new tariff in place, we were able to seek new Nebraska wind projects to meet our goal of powering our Papillion operations with 100 percent clean and renewable energy.” 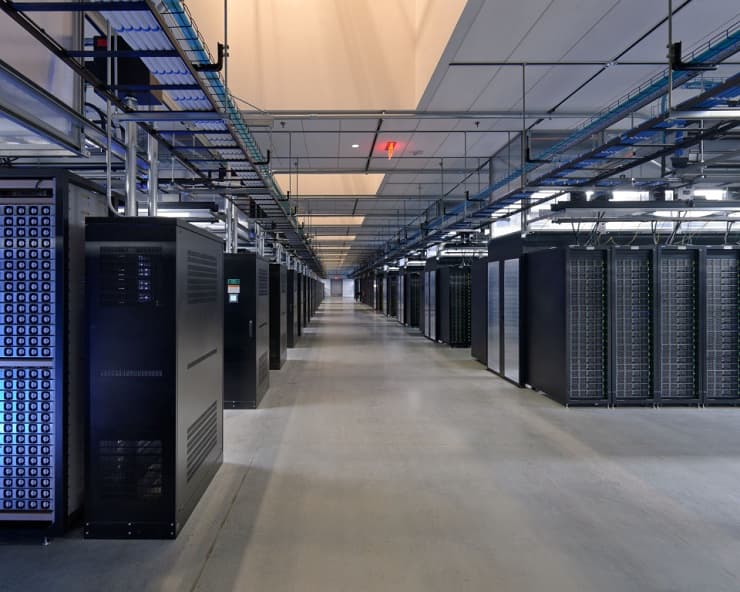 One of Facebook’s data center.

The wind farm will create 320 megawatts of power. Even though with so many watts of power, Facebook will be making use of only 200 watts. The rest 120 watts will be sold to other buyers. According to the officials, this project will be the second largest wind farm in Nebraska. The Grande Prairie project in Holt County comes first with the production of 400 megawatt power. The Rattlesnake Creek wind project will be generating enough power to provide energy to around 90,000 homes. The project will start soon but no one is yet confirming the money involved in this huge project.

The Grand Praire and the Rattlesnake projects exemplify the richness of Nebraska’s wind resources. Acknowledging this, the director of the Nebraska Energy office, David Bracht’s also spoke. He said, “Both projects are examples of the state’s rich wind resource being acknowledged.” He further added “The wind projects that have been installed (in Nebraska) have shown themselves to be very, very productive.”

The April post of Mark Zuckerberg also suggested that there will be more data centers. They plan on building many across the globe. “Advanced data centers like this are basically giant machines that make up the technical infrastructure for our community. It takes a lot of computing power to support our community, so we’re going to keep building new data centers around the world.” So let’s wait and see where they go next! But until then the Facebook energy initiative does seem to be quite promising and community-friendly.

Christy Gren
Christy Gren is an Industry Specialist Reporter at Industry Leaders Magazine she enjoys writing about Unicorns, Silicon Valley, Startups, Business Leaders and Innovators. Her articles provide an insight about the Power Players in the field of Technology, Auto, Manufacturing, and F&B.
« Mazda Vision Coupe, a vision of Beauty!
Take a chill pill with the costliest beers in the world »
Leave a Comment
Close