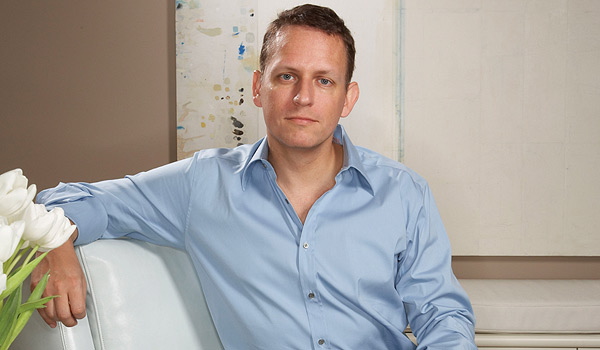 Facebook Inc. director Peter Thiel sold most of his shares in the social-media giant last week. As it was stated in a regulatory filing, he had earned roughly $400 million on selling his stake, bringing his proceeds to approximately $1 billion.

A small fortune in Thiel pocket

According to the filing by the U.S. Securities and Exchange Commission, Peter Thiel, who is one of Facebook’s early investor, sold approximately 20.1 million shares of the social platform last week, earning $395.8 million. Data shows that Facebook director earned $640.1 million in sales during the initial public offering. Peter Thiel sold his shares on Thursday and Friday when the average price of a single share ranged from $19.27 and $20.69. One week ago the first lock-up expired and both early investors and some of insiders were able to sell their stake. Data included in the filing shows that the $20 million shares, sold by Thiel, were conducted as a part of a trading plan that Thiel entered in the middle of May.

As an early investor Thiel still owns almost 5.6 million shares of Facebook. Peter Thiel was a co-founder of PayPal Inc. and the co-owner of Clarium Capital Management LLC. which invested in start-ups.  One of those start-ups, in which Clarium Capital Management invested in 2004, was Facebook itself.  Then Peter Thiel invested $500,000.  He also joined a $25 million funding round in 2006 when the worth of Facebook was valued at $500 million.

Because of an early investment in 2004 Thiel became one of the biggest beneficiaries of the company’s gain before going public. Later investors did not have so much luck as price of Facebook shares has been losing its value amid rumors about deteriorating growth of the company and possibility of selling out shares by insiders.

Neither Jeremiah Hall, a spokesman for Peter Thiel nor Ashley Zandy, a spokeswoman for Facebook did comment on recent waves of selling off Facebook shares, including the Thiel’s trading.  Roughly 271.1 million shares were unlocked by Facebook last week as the first of lock-ups ended. Accordingly, about 1.44 billion shares will be released in November.

As it was stated by another filing, Accel Partners, which is a Silicon Valley venture capital firm that happens also to be an early investor of Facebook, distributed approximately 57.8 million Facebook shares to both limited and general partners of its funds on Thursday. As a result of the distributing Facebook shares those partners can decide whether they want to sell or hold them.

The situation of Facebook is deteriorating. Since the IPO debut investors have been disappointed with Facebook inability of turning things around and changing the current and ongoing trend of drops in prices. Moreover Facebook officials are blamed for not being able to stop drops in revenues. Although the situation of Facebook looks critical, Michael Pachter of Wedbush Securities noted: “Over the long term, the trade is about the fundamentals of the business, and the fundamentals remain very positive.” In addition, Lou Kerner, a social media expert, believes that Facebook is able to find the way to increase its earnings by monetizing mobile.

As of 2021, over 150 million US workers identified themselves as self-employed. This means that they are responsible for their own retirement plans. Employees of big firms tend to
13 hours ago

Just shy of her 40th birthday, Vera Wang struggled to find a bridal gown that suited her taste. Her father pointed out her struggles for what they really were – a remarkable busi
13 hours ago

In the memo obtained by Geekwire, Nadella writes that he is aware of how much their talent is in demand. He appreciated their efforts in keeping the company running and thanked hi
19 hours ago