Facebook creates ‘Safety Check,’ a tool to connect with family during natural disasters 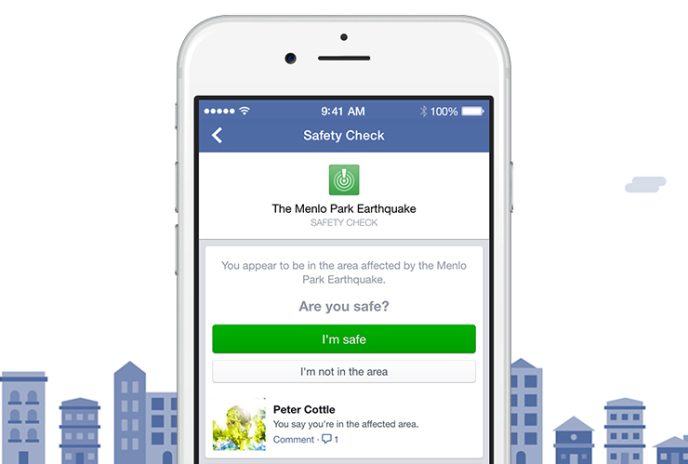 One of the first things that often happen when a natural disaster occurs is the total breakdown in communication. People desperately try to ascertain the location of loved ones and any service which helps them in their quest can only be of benefit.

Facebook has added a new feature that allows users notify friends and family that they are safe during or after natural disasters. The feature is available to users who live in an area affected by natural disasters like flooding, storms, earthquake, tornadoes and many others. Facebook can also create the Safety Check, which is activated in times of crisis.

“Over the last few years there have been many disasters and crises where people have turned to the Internet for help,” says Facebook CEO and co-founder Mark Zuckerberg. “Each time, we see people use Facebook to check on their loved ones and see if they’re safe. Connecting with people is always valuable, but these are the moments when it matters most,” he added. 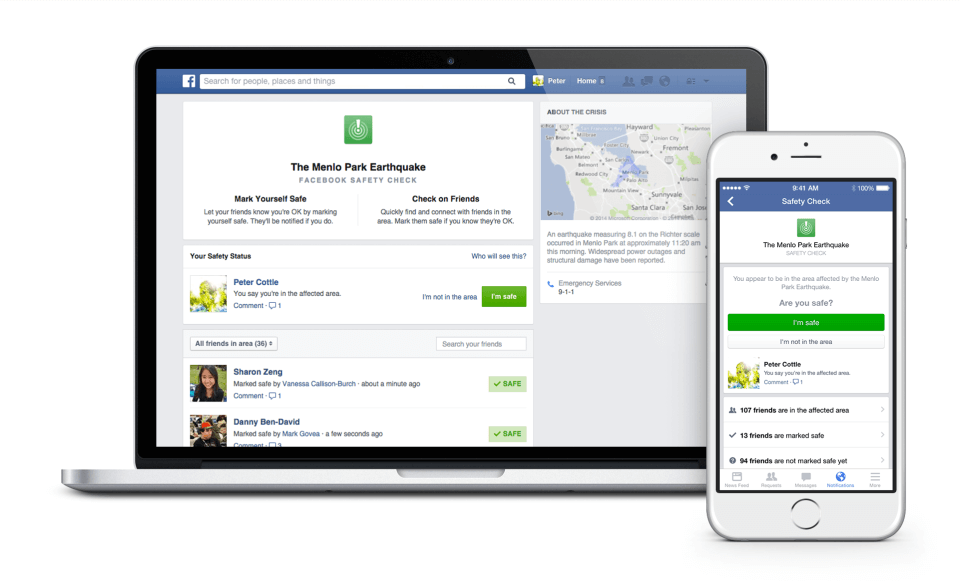 Facebook said the Safety Check was originally designed by Facebook Japan in 2011 following the earthquake and tsunami. Initially it was just limited to Japanese users but was eventually picked up and turned into an actual feature for everyone to use.

“Our engineers in Japan took the first step toward creating a product to improve the experience of reconnecting after a disaster,” the company wrote. “They built the Disaster Message Board to make it easier to communicate with others. They launched a test of the tool a year later and the response was overwhelming.”

Once the tool is activated, it will automatically determine user’s location using the city they have listed in their profile, the last location they’ve shared or the city where they are using the internet. If they are in an area affected by a natural disaster, Safety Check sends users a push notification asks them if they’re OK. They can either check in as being safe or tell Facebook they’re actually not in the area of the disaster. Other users can see a list of their Facebook friends in the region and see which users have checked-in as being safe and which have not. Users can also mark their friends if they’re safe if they can confirm in person.

Anna Domanska
Anna Domanska is an Industry Leaders Magazine author possessing wide-range of knowledge for Business News. She is an avid reader and writer of Business and CEO Magazines and a rigorous follower of Business Leaders.
« Facebook and Apple Offer to Pay for Women Employees to Freeze Eggs
Starbucks to roll out “Pay-Ahead” Smartphone service in 2015 »
Leave a Comment
Close