Facebook has earlier acquired Beat Games and Sanzaru Game. Beat games is known for its Saber game and Sanzaru is the maker of Asgard’s Wrath. 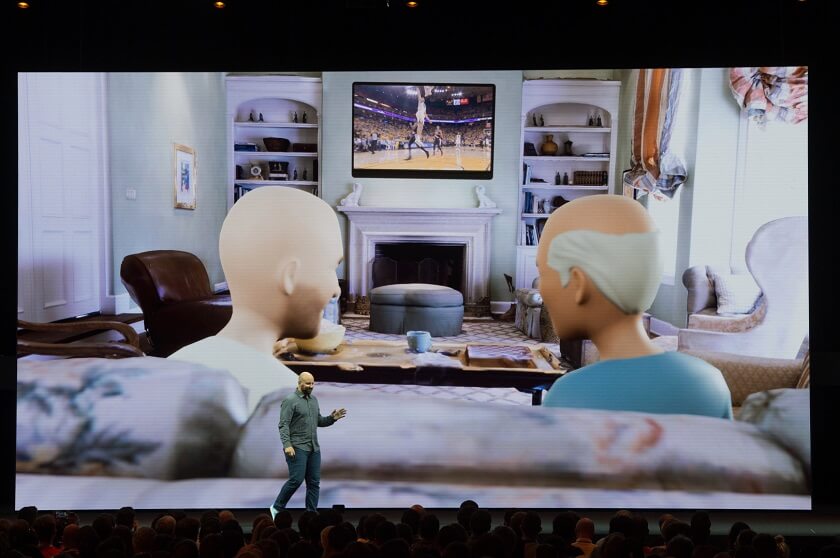 Facebook confirmed in its announcement blog that “the entire Ready At Dawn team will be joining the Oculus Studios team [Facebook’s VR publishing arm] .” The blog also stated that they would be operating as an independent entity within the Oculus family. “As part of the Oculus Studios team, Ready At Dawn will continue creating memorable, immersive, and innovative VR content for gamers around the world as an independently-operated studio. We’re thrilled to welcome them to the family,” read the blog.

Ready at Dawn is well known for its immersive narrative and has done pioneering work in VR games and set the bar very high. The developers are well known for their signature innovative continuous locomotion system and full-body IK (inverse kinematics). The zero-g mechanic is used throughout the Echo Games franchise.

Ready at Dawn CEO Ru Weerasuriya said today on Twitter that the acquisition marks “a new chapter” for the studio.

“Nearly 17 years ago, we embarked on a journey to build a game studio. Along the way, we innovated on genres, experiences, games and platforms. Today, we’re excited to join the Facebook family as we open a new chapter in our story and continue to pursue our passions,” he wrote.

The company released its first Echo title—Lone Echo, in 2017, and it is rated as one of the best games released in recent times.

Facebook’s VP of VR & AR, Andrew “Boz” Bosworth welcomed the buyout and said that the developer will be concentrating on VR games, its strength.

Facebook also announced that it would be accepting the transfer of streamers and viewers from Microsoft’s Mixer live streaming service after its shutdown post-July 22.

Microsoft will allow Facebook Gaming players to utilise the Project xCloud streaming games service to play high-end games on any device via streaming technology. Microsoft acquired Beam in 2016 and relaunched it as Mixer.

Mixer was Microsoft’s attempt to get into the live-streaming of gaming and other events like Amazon’s Twitch and YouTube, but it was not very successful.

Facebook Gaming said it has 700 million people who play a game, watch a gaming video, or interact in a gaming group on Facebook in a month. Microsoft had about 30 million people on Mixer in August 2019, it has not updated the figures after that.

Microsoft did not reveal how much money has been lost on the Mixer project, and if people will be laid off after it moves to Facebook gaming.

The details on the Xbox scenarios for Project xCloud have not been made clear by Microsoft till date, an announcement is expected soon.

The buyout of Ready at Dawn studio is a logical progression for Facebook as all their VR games were published by Oculus Studios. It would not be prudent to let a rival company acquire the pioneering developers. Earlier, Facebook had lost out to Sony when they acquired Insomniac Games. Insomniac had developed four Oculus Studios titles along with many non-VR titles like the PlayStation hit, Marvel’s Spider-Man.

The New Shepard rocket by Blue Origin successfully conducted the test launch in the Texas testing site, successfully performing take-off and...
55 mins ago