Facebook on Tuesday announced that it was buying the creator of 3D virtual reality glasses Oculus for about $US2 billion. Facebook co-founder and chief Mark Zuckerberg made the announcement of the deal on his Facebook page. The announcement puts Facebook into one of the most-talked-about new markets this year. 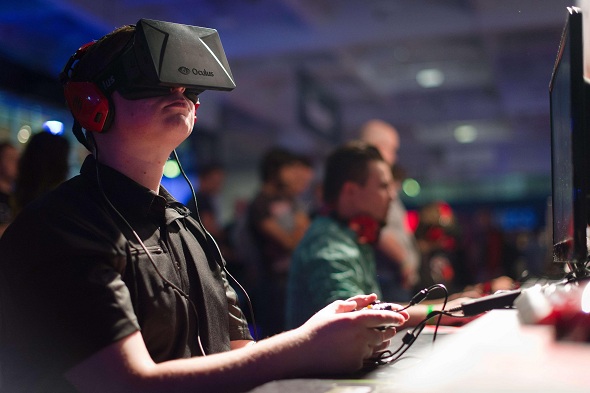 Oculus Rift – the future of interactive games. It allows users to step inside a digital environment and feel as though they are truly there

The Menlo Park, Calif.-based social network agreed to pay $400 million in cash and 23.1 million shares of the Facebook stock. There’s also an additional $300 million potential earn-out in cash and stock based on the achievement of certain unspecified milestones. It expects the deal to close by midyear.

Mark Zuckerberg said that the acquisition of Oculus gives Facebook the nucleus of a technology that could become yet another platform, like the smartphone for person to person interaction. In its announcement the company said that more than 75,000 orders have been placed for Oculus Rift development kits, adding that it plans to help Oculus expand into verticals including communications, media, entertainment and education.

Oculus VR was founded in 2012 by Palmer Luckey, a self-described virtual reality enthusiast and hardware geek.  The firm got its initial funding via a Kickstarter campaign.  The company raised close to $2.4 million being from 9,522 backers on Kickstarter website. It again raised $75 million in December in a round of funding led by Andreessen Horowitz to market its virtual-reality headset for video games and develop the product for use in areas like architecture and design, education, film. Other venture capital backers included Spark Capital, Formation 8 and Matrix Partners. Currently the company has over 100 employees and contractors.

The firm makes Virtual reality 3D goggles called Oculus Rift which allows users to step inside a digital environment and feel as though they are truly there. Oculus Rift, are goggles which provides an immersive, stereoscopic 3D view with high-resolution images. There are motion sensors in the headset track the movement of a person’s head which lets the user look around naturally in 360 degrees.

Oculus also started pre-orders for the new, Developed Kit 2 (DK2) which promises better graphics and more sensors to detect and position users in virtual environments, the company said. The new DK2 will cost $350 per piece and will ship in July.

Oculus will continue operating independently within Facebook and will maintain its headquarters in Irvine, CA. This partnership ensures that the Oculus platform is coming, and that it’s going to change gaming forever.