Often littered with sharp, bold visions of disruptors de jour, future, and unicorns, the eccentric world of technology can perhaps seem deep-rooted in fantasy versus reality (No, we aren’t talking about virtual reality).

Facebook, the social media dominant, has been ruling the endless network of the vast social media web since ages. No other competitors have been powerful enough, or let’s just say, Zuckerberg has never spared an option for survival in the “social media war” to its nemesis. WhatsApp and Instagram are the best examples to demonstrate how Facebook CEO Mark Zuckerberg uses his power to control prior threats through cloning or acquisition. He isn’t regarded as one of the most shrewd businessman in the tech world just like that. Instagram and WhatsApp were at the peak of popularity among the social media-savvy public and Facebook’s decision for cloning and acquisition arrived as a strategy to permanently halt them from becoming its toughest rivals.

Just when Facebook thought the situation was under control, Snapchat entered the battlefield. In fact, the best illustration of competitive dynamics in the Bay area is the increasing feud between Facebook, the kingpin of social media, and rapidly expanding, greatly valued nemesis Snapchat. Facebook tried hard to buy Snapchat, but all in vain as Snapchat CEO Evan Spiegel was into no mood of trading his app as a survival strategy against the giant like makers of WhatsApp and Instagram did.

Snapchat CEO Evan Spiegel has started legitimate progress in establishing his video messaging app’s personal media distribution items through the feature, Discovery. This feature was launched last year and fetched a significant amount of big-league media outlets, including Buzzfeed, CNN, The Wall Street Journal, People, and much more for video-hungry masses in its legion. However, shifting beyond its prowess of budding media segmentation, the larger strategy of Snapchat to compete for ads bases on videos is far more compelling. 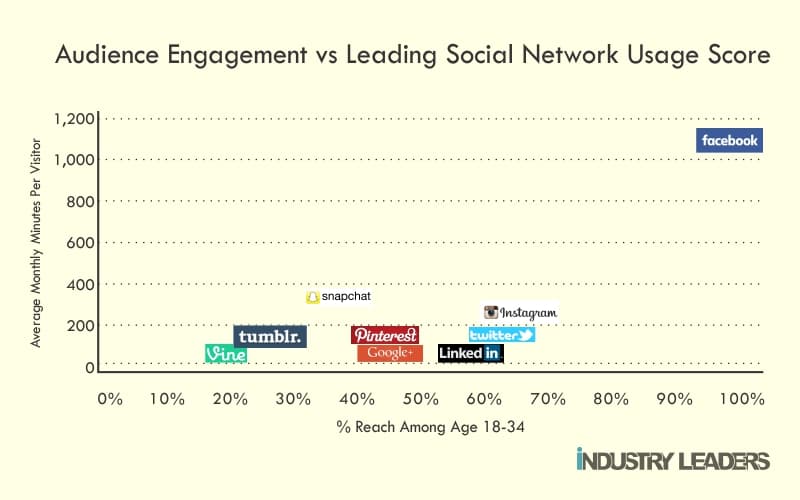 The popularity of Snapchat is here to stay, it’s certainly not a fad. The video messaging app is consistently ranked among the top 5 most popular application by Google and Apple app stores in the U.S. The penetration of this app among all age groups has gone up rapidly and continues to expand. The strongest sets of the target are younger slot who happen to be responsible for setting the communication trend.

The popular video messaging application is becoming a major threat to Facebook in an area where it has been ruling as the single dominant i.e. Audience size. No other applications, until now, have been able to enter or reach anywhere near Facebook’s territory, but there’s always a first time. The audience size of ‘Snap’ sharing app is strengthening, especially as more and more celebrities are joining, Kim Kardashian, Selena Gomez, Justin Bieber, Kendal Jenner, Miley Cyrus, and Taylor Swift to name a few.

In social media addiction depending on a number of hours spent per month, Snapchat arrives second next to Facebook, which is a brilliant achievement because it’s not everyone’s cup of tea to beat the addiction score of the social media giant. And of course, the number is going to increase soon, which means the second big threat for Facebook. In order to attract and engage more users, the company keeps adding more features, which includes video networks, better effects, and better capabilities for messaging. 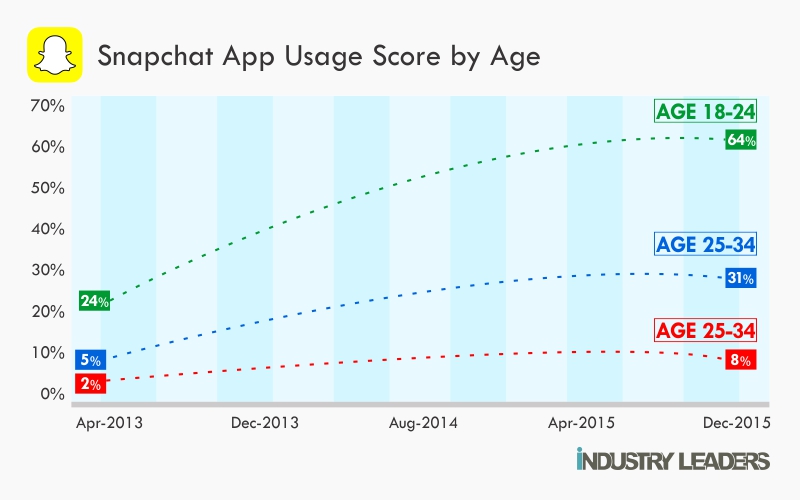 Recently the app added Birthday feature, it is rumored to be working on Snapchat Glasses, introduced video & audio calling, and much more to engage more users. In fact, on April Fools’ Day, Snapchat announced a new update, which will allow users to write longer captions.

Of course, Snapchat has a lot to figure out, especially the ways to build a larger business in order to stay independent. Considering its pace and efforts, though, it seems it’s heading in the right direction, which is mobile video, similar to what Facebook has done.

Facebook, undoubtedly, is on another level. Not only for Snapchat, but for any other application, it’s almost impossible to surpass Facebook’s popularity or enter anywhere near its legion. But, let’s agree that while other popular apps failed to compete in the battle and ended up being acquiesced by Facebook, the video messaging app is, at least, giving the social media giant a hard time independently.