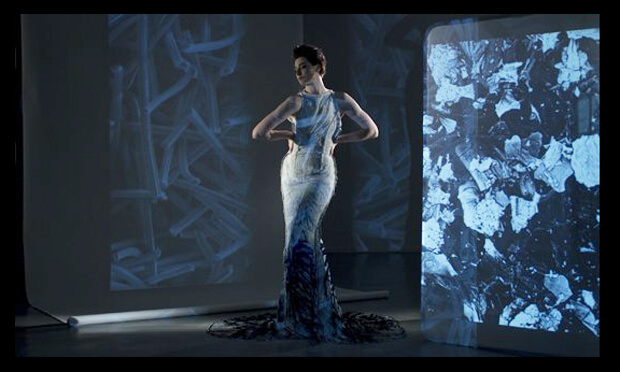 When the entire world is thinking up ways of bettering the environment by using technology and methods that reduce air pollution, Catalytic Clothing’s newest foray goes one step further, with their ethical fashion project that purifies surrounding air as one walks along.

Ethical fashion,  defined as “an approach to the design, sourcing and manufacture of clothing which maximises benefits to people and communities while minimising impact on the environment”, has become a trend that designers world over have recognized as vital to furthering the industry in a sustainable manner.

The Catalytic Clothing project, sponsored by ECover, is headed by Prof Tony Ryan from the PVC Faculty of Science, University of Sheffield, and Prof Helen Storey of the London College of Fashion’s Centre for Sustainable Fashion, who have come together to develop a textile that acts as a catalytic surface and purifies air.

The way Prof Storey envisages Catalytic Clothing, the project for her is, “a collaborative and public experiment between fashion and science, in this case, a beautifully radical new concept which endeavors to purify the air that we breathe through the surface of our clothes.”

Catalytic Clothing’s technology harnesses the power of photocatalysts to break down pollutants as soon as the fabric comes in contact with them. 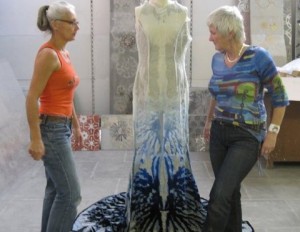 A photocatalyst is something that, using energy derived from light, enables a reaction to proceed at a greater rate. When light shines on a photocatalyst, the electrons in the material are rearranged in a way that they become more reactive. These electrons are then able to react with the water in the air and break it apart into 2 radicals. These radicals, basically extremely reactive molecules, then react with the pollutants and cause them to break down into non-harmful chemicals.

In the final product, when the fabric comes in contact with air or water, the photocatalysts break down the pollutants they encounter, thus purifying the medium. Pollutants that are not immediately broken down are, like normal clothing, washed off during subsequent laundering.

Next logical question: how many people would be required to wear this air-purifying fabric to make a noticeable difference ?

According to estimates published by Catalytic Clothing, “a significant reduction in the level of air borne pollutants in a large city such as London could be achieved if, for every metre of pavement width, 30 people wearing Catalytic Clothes walked past each minute.”

And while these figures make it sound like it would take a lot of time to reach a significant scale of impact, considering the fact that air pollution is currently estimated to reduce the life expectancy of every person in the UK by an average of 7-8 months, Catalytic Clothing offers the kind of future potential that can considerably aid the process of creating a better living environment.

In the memo obtained by Geekwire, Nadella writes that he is aware of how much their talent is in demand. He appreciated their efforts in keeping the company running and thanked hi
12 hours ago