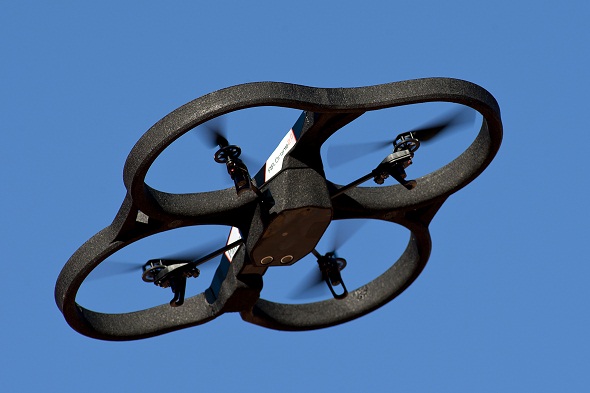 A million drones have already been sold worldwide, with models available for only a couple of hundred dollars.

Alarmed by increasing interference between small, unmanned aircraft with larger planes, the FAA and industry experts unveiled a drone safety campaign on Monday to offer drone users video and other information they need about safe operations and best practices of drones.

The Federal Aviation Administration (FAA) along with the Academy of Model Aeronautics (AMA), Association for Unmanned Vehicle Systems International (AUVSI), and the Small UAV Coalition have teamed up to launch the knowbeforeyoufly.org website to encourage kids receiving drones as gifts this Christmas to visit the website that educates new drone owners on how to pilot their drones safely and wisely.

“It’s that time of year when kids of all ages will receive presents for the holidays,” begins the video, playing Christmas music and displaying gifts under a tree. “Many will be excited when they unwrap the box and find an unmanned aircraft.”

Drones are on many people’s Christmas lists this year and there are concerns that what seems like a toy could pose some serious risks if not used properly. A million drones have already been sold worldwide, with models available for only a couple of hundred dollars.

The video displays a do’s and don’t list and how new drone owners can have fun with the unmanned aircraft and to avoid flying them into harm’s way or into illegal airspace.

In September, the FAA allowed Hollywood filmmakers to fly drones on movie sets, a move that opened the door for commercial drone flights across the nation. Transportation Secretary Anthony Foxx said that the agency was satisfied that such operations would not pose any hazard to other people, aircraft or to other property on the ground.

This year the FAA has been receiving about 25 reports per month including 150 other incidents of drones sighted flying near manned aircraft or airports, up from just a few reports a couple of years ago. The documents also state that worldwide, four people have been killed after remote-controlled aircraft hit them.

Since drones are affordable, they are expected to be sold in millions worldwide. UAV hobbyists have already taken their drones to the sky for both flight and aerial photography. This year consumers worldwide will spend about $720 million on drones and the spending is expected to double in 2015 to $4.5 billion by 2020.