Exxon is already on track for achieving 15-20 percent reduction in upstream businesses by 2025.

ExxonMobil Corporation will spend $15 billion over the next six years on projects associated with reducing greenhouse gas emissions. The US leading energy company said it aimed to reduce company-wide greenhouse gas intensity by 20-30 per cent by 2030. Exxon is already on track for achieving 15-20 percent reduction in upstream businesses by 2025.

Exxon has been involved in a tussle with the activist hedge fund Engine No 1, which has wrested some board seats from the super energy company, arguing that it was ill-prepared for a lower-carbon future. The new commitments are a concession to the activist moves.

Engine No. 1 had just a 0.02 percent stake in ExxonMobil but launched a proxy fight to push the company to adopt better climate standards. It garnered support from major institutional investors BlackRock, Vanguard and State Street to defeat ExxonMobil’s leadership and installed three directors onto the company’s board.

Andrew Logan, senior director for oil and gas at Ceres, said the new emissions targets were “grossly inadequate” and that Exxon was “losing ground relative to its peers” that have more ambitious goals. “It’s hard to find any signs that the company’s fundamental approach to addressing climate change has changed with the addition of new board members,” Logan said. 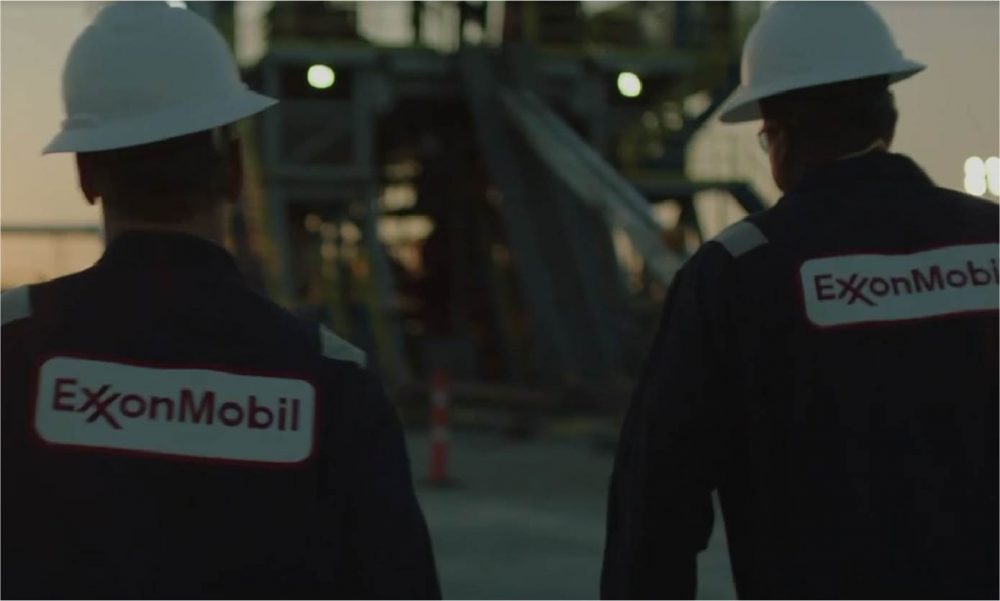 Exxon’s biggest US competitor, plans to spend $10 billion on low-carbon ventures up to the end of 2028.

Carbon intensity is a measure of emissions per unit of output. Activists have criticized Exxon for measuring carbon intensity as emissions per unit rather than absolute emissions. Exxon’s targeted reduction is aimed at emissions from its operations and not from consumer consumption of its products and the resultant outputs. Its rivals Royal Dutch Shell and BP have said that will cut its oil and gas output over time to meet emission targets that address full fuel combustion.

Texas-based Exxon’s total planned capital spending is between $20 billion and $25 billion a year to the end of 2027, up from about $16 billion in this year’s pandemic-hit budget. Besides the 20-30 percent commitment, it plans a 40%-50% intensity cut from upstream oil and gas operations, a 60%-70% reduction in flaring intensity and a 70%-80% reduction in methane intensity. It said the combined targets would cut its GHG emissions 20% by 2030, and it is still falling short of rivals BP and Shell’s plans to eliminate emissions by 2050.

Chevron, Exxon’s biggest US competitor, plans to spend $10 billion on low-carbon ventures up to the end of 2028. However, this is still too low compared to the European rivals’ commitments.

The oil supermajor has enjoyed a surge in profits this year, thanks in large part to higher oil and natural gas prices. The company is concentrating most of its efforts on offshore Guyana developments, with huge oil discoveries, and Permian, the most prolific basin in the United States. ExxonMobil expects these to double its earnings and cash flow by 2027, as compared to 2019.

The company has promised to spend the $15 billion to slash emissions from the company’s own operations, largely through reducing methane leaks and gas flaring, and on new carbon capture and storage, or CCS, hydrogen and biofuel projects. The company will be constructing a $100 billion CCS mega-hub in Houston.

Anna Domanska
Anna Domanska is an Industry Leaders Magazine author possessing wide-range of knowledge for Business News. She is an avid reader and writer of Business and CEO Magazines and a rigorous follower of Business Leaders.
« DoorDash Launches 15-Minute Deliveries with Regular Hires
Celebrate with the Truest Form of Comfort on This National Brownie Day »
Leave a Comment
Close