The company is mulling deep cuts to its staff and projects to overcome massive capital shortfall.

Exxon Mobil is facing the ill-effects of overbetting on a rising demand for oil and gas and is now facing a shortfall of about $48 billion through 2021, according to Reuters.

The company is mulling deep cuts to its staff and projects to overcome the shortfall.
Exxon may even have to forgo its annual dividend, considered sacrosanct following its expansion as the world’s most valuable company. The conglomerate now has been dropped from the Dow Jones index of top U.S. industrial companies after 92 years.

Exxon, which saw its premium position fade a little in the new century, has been trying to revive its past glory under Chief Executive Darren Woods by betting big on U.S. shale oilfields, pipelines and global refining and plastics. The discovery of oil offshore of Guyana, with the availability of 8 billion barrels of oil and six years of production at its current rate, made the company bearish on performance. 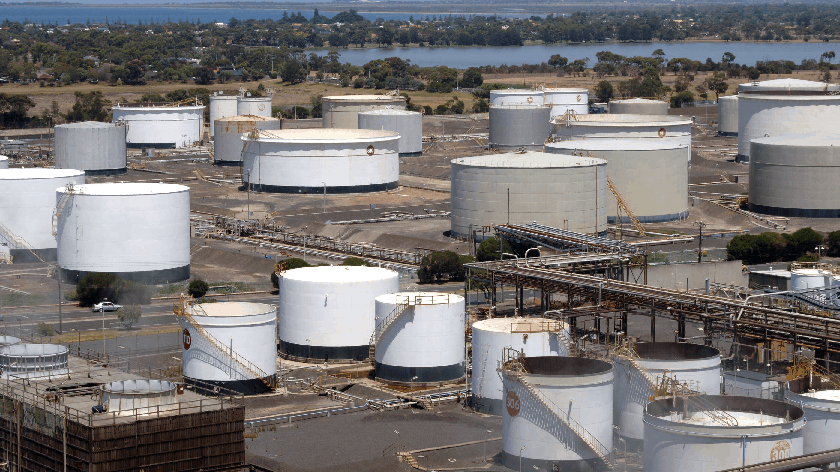 But the falling prices of oil and overproduction both in shale and offshore oil has made the calculations go a bit awry.

This year the company borrowed $23 billion to pay its bills, nearly doubling its outstanding debt. In July, it posted its first back-to-back quarterly losses ever. It faces a full-year $1.86 billion loss, according to Refinitiv.

And the latest figure of $48 billion missing through 2021 was calculated using cash from operations, commitments to shareholder payouts, and costs for Exxon’s massive expansion program.

To compensate, the company plans to undertake some drastic measures like letting go of its dividend payment and other expenses.

The next step is cutting back on 10 percent of its staff and doing away with lavish retirement benefits that had career employees staying 30 years on average.
“We remain committed to our capital allocation priorities – investing in industry advantaged projects, paying a reliable and growing dividend, and maintaining a strong balance sheet,” said spokesman Casey Norton.

A review of projects now underway aims to “maximize efficiency and capture additional cost savings to put us in the strongest position” as energy markets improve, he said.

Falling oil prices, overproduction, and the Pandemic all have played their role in putting big energy companies in the doldrums. BP, Royal Dutch Shell, Total and Repsol all have downsized billions of dollars in value from oil assets.

Exxon’s cash from operations – estimated to be about $17.4 billion this year – is $20 billion below the funds needed for this year’s already pared investment plan and shareholder dividend, a Reuters analysis showed.
CEO Woods has already raised $23.19 billion in new debt this year to bolster finances.

Exxon had said earlier that it will be pulling back on its drilling operations. Spending limits will further constrain its oil, refining and plastics businesses and could revive pressure on the company to divest some operations.

Most energy companies are not betting on renewable energy sources and going green is the new mantra. Hedge funds and investment firms are advising clients on putting their money in renewables and green energy. With the climate crisis a fact and not a chimera that can be overlooked, these conglomerates now need to pivot on their big bets on fossil fuels.

Many investors hold Exxon stocks for their annual 9 percent benefit, but now a cut in it seems imminent, which does not bode well for either the company or the stockholders.
“At $41 or $42 [per barrel] crude, you can’t put those puzzle pieces together and have them make sense,” said Mark Stoeckle, senior portfolio manager at Adams Funds, which holds about $70 million in Exxon shares.

Exxon was barely able to meet its earnings and growth targets last year. This year’s potential earnings at $25.1 billion calculated at $60 a barrel market price seem a tall order. Add to this the pandemic troubles which have brought down sales targets.

PepsiCo will sell Tropicana and other juice brands to a private equity firm in exchange for pre-tax proceeds of 3.3 billion dollars.
18 hours ago

Sanofi’s CEO Paul Hudson is dead serious about mRNA technology and capabilities with a $3.2 billion acquisition offer to Translate Bio.
19 hours ago