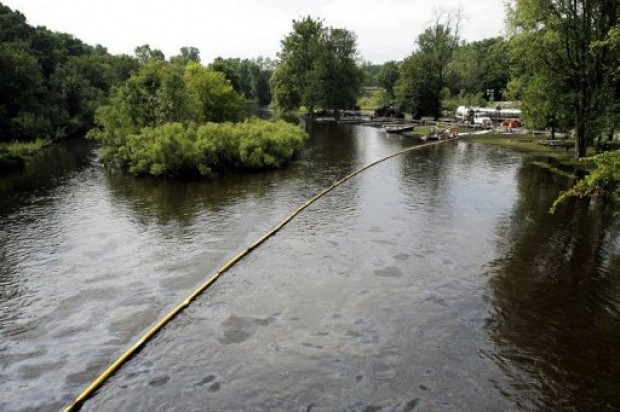 While the cause of the leak still remains unclear, Exxon Mobil Corp has released details regarding their clean-up operation following the release of crude oil into Montana’s Yellowstone River on Friday.

Gary Pruessing, ExxonMobil Pipeline Company president, speaking from Billings, where he is leading the response effort, said yesterday, “We are bringing in experts from across the country to clean up the oil… We will stay with the cleanup until it is complete, and we sincerely apologize to the people of Montana for any inconvenience the incident is creating.”

According to the company’s estimate, the leak is likely to have resulted in anywhere between 750 to 1,000 barrels of oil being released into the Yellowstone River.

Implications of the Oil Spill

One barrel of oil is equivalent to 42 gallons (163 liters), and the EMPCo pipeline, which runs from Silver Tip, Montana, to Billings, typically transports 40,000 barrels of crude oil a day.

And while the pipeline was shut down within six minutes following detection of a loss of pressure and action to isolate the pipeline was immediately initiated, officials from Exxon said on Sunday there were traces of oil up to 10 miles (16 km) downriver from the site.

“We had a large amount of oil enter the water very quickly,” Pruessing said.

According to official statements released by Exxon, ongoing air quality monitoring throughout the impacted area has confirmed no danger to public health, while water quality monitoring at municipal water systems have also not reported any adverse impacts until now.

Though some residents were briefly evacuated as a precaution when the leak was detected, they were allowed to return home later.

Montana Governor, Brian Schweitzer, however, questioned Exxon’s 10-mile impact estimate of, and said in a statement to Reuters that a full assessment of the oil’s spread would only be possible if small boats are deployed in the river.

The President of EMPCo, Gary Pruessing, has called the leak a “very unusual” event, saying that “We had no indications that there were any issues with this pipeline.”

According to reports released by Exxon, the particular pipeline had been inspected in December, and met “all regulatory requirements”.

Mr. Pruessing said that when the company had run a “smart pig” – a cylinder-like robot that travels through the length of a pipeline looking for indications of weakness – in 2009, no issues had been found, which makes this incident all the more bizarre.

Exxon also said that the pipeline’s integrity management program had been audited by The U.S. Pipeline and Hazardous Materials Safety Administration in June.

Reportedly, an investigation team has been established by Exxon to determine the cause of the oil spill.