The excursion of the pristine world of palm-lined beaches and deep cobalt lagoons is incomplete without lavish yachts. Indeed, what makes some glamorous 21st-century destinations even more alluring is the presence of super-luxe yachts. These yachts brandish an extravagant interior with an open-plan saloon, luxurious cabins and bathrooms, and mega-deluxe galleys and dining rooms. They promise material luxury, a connection with nature, the anticipation of a one-of-a-kind aquatic journey, and a unique sense of freedom. Luxury power yachts are mostly owned by the mega-wealthy Russian oligarchs, millionaire industrialists, and Emirs of the Middle East. Nonetheless, some of these yachts could probably cost as much as an island in the British Isles, or perhaps, even the Greek economy. With that in mind, we have a list of the world’s most expensive yachts that make longer expeditions to luxury destinations more lush. 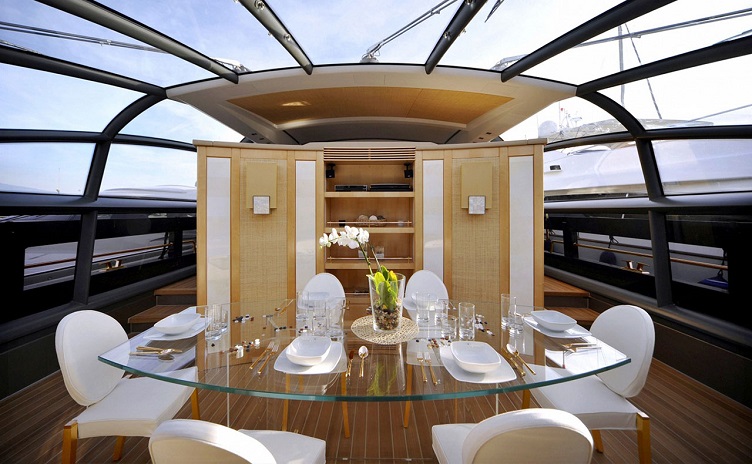 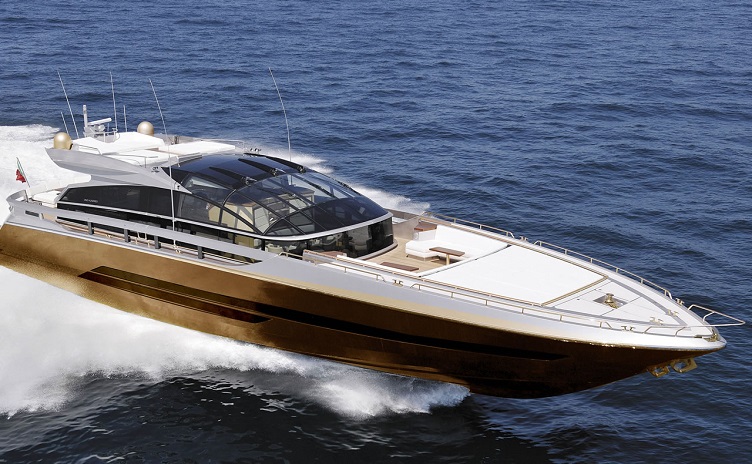 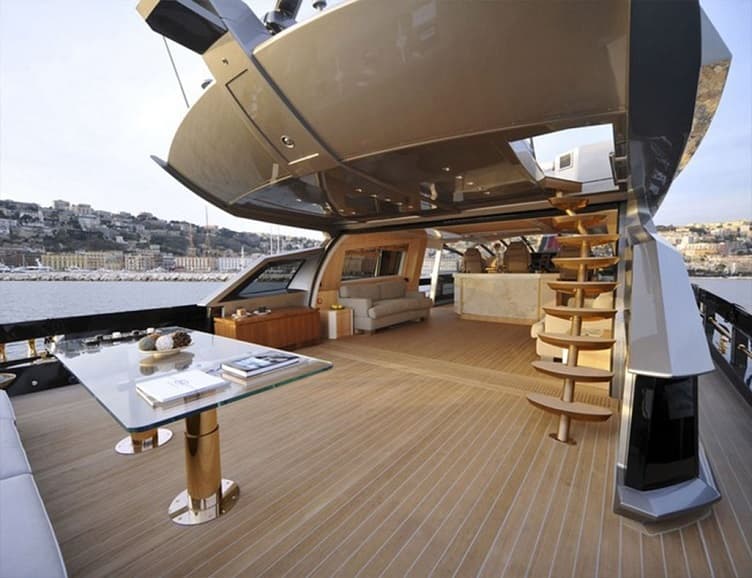 The world’s most expensive yacht ever built is History Supreme, a 98-foot gold-plated luxury superyacht. The vessel is covered in 220,462 pounds of gold and platinum. And hold up – even the deck, dining areas, rails, and anchors are inlaid with solid gold. The owner is an unknown Malaysian businessman, who commissioned world-renowned UK luxury designer Stuart Hughes for the yacht to be built in 2011. Somewhat less imposing, but an equally bizarre trivia about the world’s most expensive yacht is that an extravagant wall feature on it is made from a meteorite and a statue is made from a Tyrannosaurus Rex bone. A luxury liquor bottle features an 18.5-caract diamond, one of the world’s rarest.

The Streets of Monaco – $1 Billion 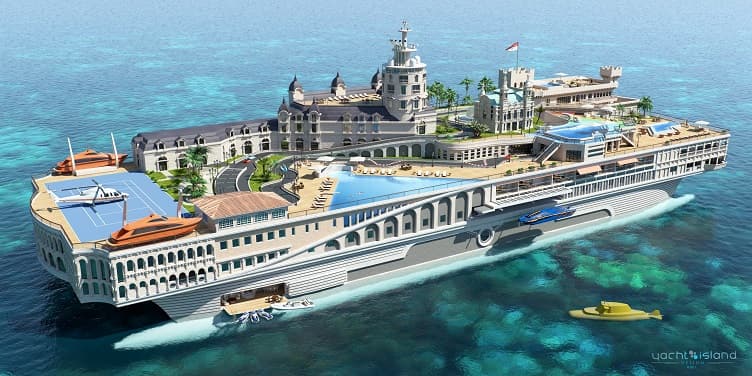 Okay, here’s the ticker – The Streets of Monaco yacht doesn’t yet exist. It’s the brainchild of the Yacht Island Design and is scheduled to sail on the pristine surf breaks by 2017. It’s a 500 ft. long luxury yacht that clones some of Monaco’s most iconic buildings and boulevards, including the Monte Carlo Grand Prix track (with a functioning go-kart course), the Monte Carlo Casino, La Rascasse and the Hotel de Paris. The megayacht will require a crew of 70, some of whom will look after “The Oasis” a main boarding and entertainment area. The owner’s cabin measures more than 15,000 square feet spread across three floors, with a private elevator, office, his and hers dressing rooms, a private sundeck with a swim-up Jacuzzi, and numerous balconies. 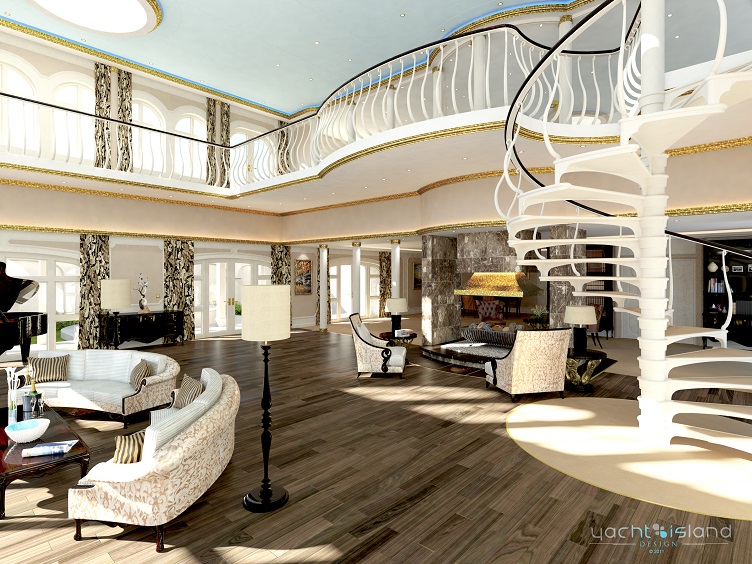 The Eclipse superyacht is owned by Roman Abramovich, one of the richest men in the world, and is known to be the second largest yacht in the world. The luxury yacht has an anti-paparazzi system, wherein a laser detects the electronic light sensors that digital cameras use and destroys the photos. It also has an anti-missile defense system. The yacht contains 2 helicopter pads, 2 swimming pools, 24 guest cabins, 3 launch boats and a mini-submarine. 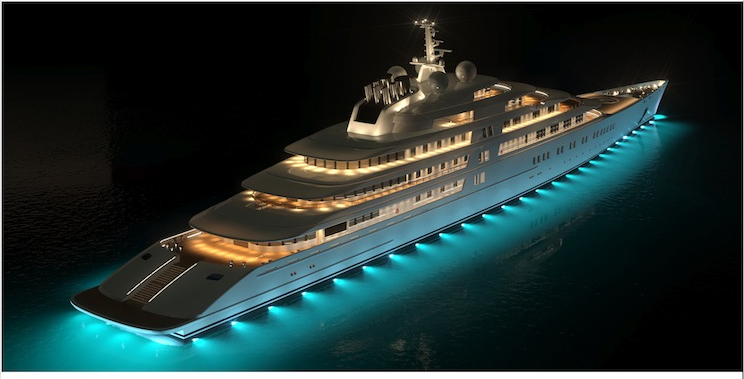 At 590 ft., Azzam (Arab. “Resolute”) is the world’s largest privately-owned yacht. Its owner is Khalifa bin Zayed Al Nahyan, the President of the United Arab Emirates. The megayacht contains a submarine on board and an anti-missile defense system. The lavish interiors were designed by French interior designer Christophe Leoni and feature a 29ft salon and an open-plan interior. Its 94,000 HP engine can reach top speeds of over 30 knots (or, 35 mph). A 10% of the running cost of Azzam on water is around $60 million annually. 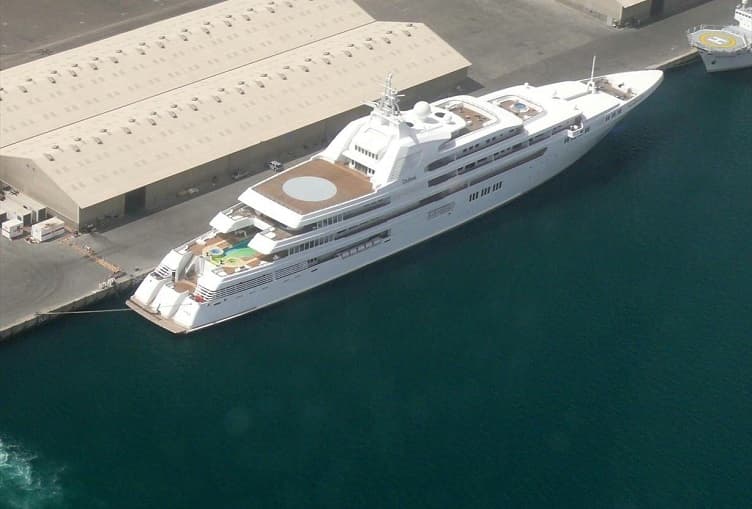 Dubai is the third largest yacht in the world at 521 ft. It is owned by Sheikh Mohammed bin Rashid Al Maktoum, the Vice-President and Prime Minister of the United Arab Emirates. The extravagant ensemble has 7 separate decks, a mosaic swimming pool, Jacuzzis, and a helicopter pad that can hold up to 10 tons of weight.

Christy Gren
Christy Gren is an Industry Specialist Reporter at Industry Leaders Magazine she enjoys writing about Unicorns, Silicon Valley, Startups, Business Leaders and Innovators. Her articles provide an insight about the Power Players in the field of Technology, Auto, Manufacturing, and F&B.
« Truth behind the Failure of Yahoo!
Apple Rolls out New TV Remote App for iPhone »
Leave a Comment
Close