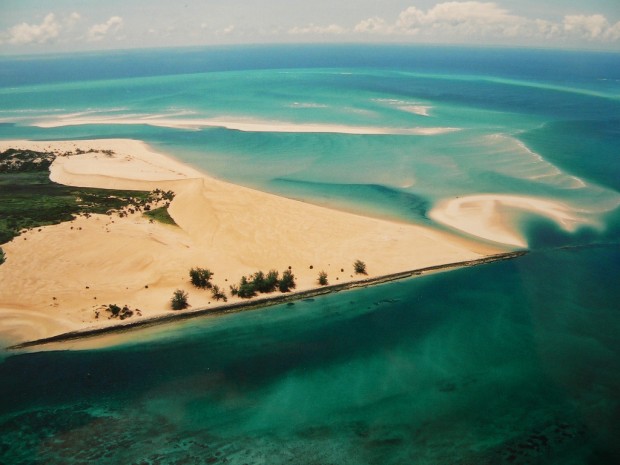 Bazaruto Island, part of the Bazaruto Archipelago of Mozambique, is located off Mozambique on the east coast of Africa, and offers all of this and more. With golden sunsets, tall palm trees and luxury accommodation, Bazaruto promises to be a very special treat for nature lovers, sun worshippers and water sports enthusiasts alike.

A Heavenly Holiday for Nature lovers

37km long by 7km wide, the entire Bazaruto Archipelago is part of a conservation project, which has been devised on the primary objective of maintaining the ecological and social integrity of the Bazaruto National Park by wise sustainable use of the resources.

While the tidal flats of Bazaruto Island are frequented by Flamingos, the freshwater lakes on the island are home to many large crocodiles.

An amazing contrast in landscape can be observed as one moves from east to west along this island ; while the east of Bazaruto boasts enormous sand dunes that change colour throughout the day, the western part of the island abounds in Savanna grasslands and thick vegetation, made up of wild orange trees, sisal plants and of course Mlala palms, which are a bit like the island’s signature tree. Leaves from these palms are used in the weaving of mats, baskets and hats which are good souvenirs of the Bazaruto Archipelago, while the sap from the palms is used to brew a potent liquor. 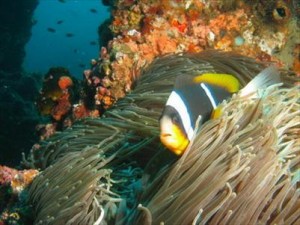 Across Bazaruto Island’s coastal dunes, open grasslands and fresh water lakes, around 164 different birds have been identified and confirmed as inhabitants and visitors on the island, the more unusual among these to be seen here are the green coucals, green pigeons, purple banded and black sunbirds, olive bee-eaters, mannikins, paradise fly-catchers, bartailed godwits, whimbrels and crab plovers.

Not just Bazaruto Island, but also the other islands that form the Bazaruto archipelago – Benguerra, Magaruque and Santa Carolina – offer un-crowded diving sites and an amazing marine life.

With sites that extend upto a depth of 12 to 30 metres and clear waters allowing a visibility of up to 40 metres, deep sea divers and snorkelers in these deep blue parts are sure to ancounter protected reefs teeming with dolphin, hump back whales, whale sharks, sharks, manta rays and turtles.

“Tag and Release” fishing being the usual policy here, the area also offers saltwater fly fishing, Sailfish fishing from April to August as well as fishing for smaller game fish such as King Mackerel, Bonito, Travelli, Queen Mackerel are available all year round. Above all, the Bazaruto Archipelago offers Big Game Fishing on a world class level. 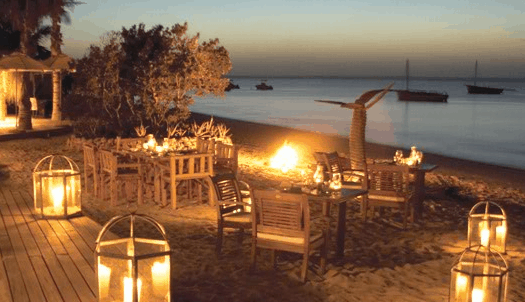 And as would be obvious, the cuisine on Bazaruto Island relies heavily on freshly caught fish and shell fish and borrows inspiration from exotic Portuguese flavours.

So when you’re looking to decide where to go for your next exotic holiday, do give this ecologically amazing, very sparsely populated, greatly relaxing island, the Bazaruto, a shot. We’re certain you won’t be disappointed.